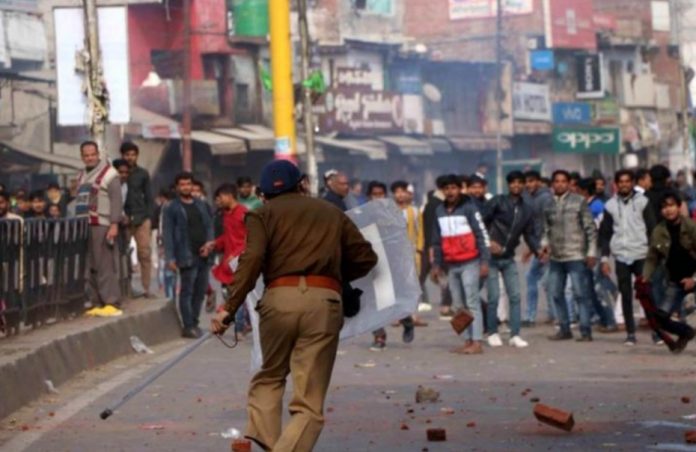 New Delhi: In a major setback to UP CM Yogi Adityanat, the Supreme Court issued a major ruling on Friday, ordering the Uttar Pradesh government to repay the whole cash collected after the state withdrew recovery notices issued to alleged anti-CAA protestors in response to the top court’s censure.

The Yogi Adityanath government arbitrarily issued over 500 recovery notices for damages to public property across ten districts of the state,  without due legal procedure, for damages totaling Rs.3.55 crores, which the Supreme Court has declared illegal and unconstitutional.

The Uttar Pradesh government informed the Supreme Court on Friday that 274 recovery notices and procedures against anti-CAA activists had been discontinued.

On Friday, the Supreme Court stated that if the notices were withdrawn, the proper procedure must be followed. “How can an attachment be allowed to continue if it is done against the law and the orders have been recalled?” the court wondered.

The UP government was chastised by the Supreme Court on February 11 for acting on the recovery notices issued to accused anti-CAA protestors in December 2019 and was given one more chance to withdraw the proceedings before the court threatened to quash them for being in breach of the law.

The Additional Advocate General for Uttar Pradesh petitioned the Supreme Court not to issue the refund order because the recovery totaled crores of rupees, implying that the administration’s entire operation was unconstitutional.

The Supreme Court bench of Justices D Y Chandrachud and Surya Kant, however, did not heed the request and instead directed them to approach the tribunal to follow correct notice-issuance procedures.

On December 21, 2019, the Uttar Pradesh government issued an order seizing the properties of the alleged demonstrators. On December 19, 2019, Chief Minister Yogi Adityanath stated that individuals responsible for the violence will be held liable for the damage to public property. He had previously stated, “We will attach their possessions because several faces have been identified through the camera evidence.” In addition to the arrests, posters of alleged rioters have been posted throughout the state.

The Yogi government was so inflamed by revenge that after the Citizenship Amendment Act protests it promulgated and notified the ‘Uttar Pradesh Recovery of Damage to Public and Private Property Ordinance 2020’ on 15th March 2020. This Ordinance mandates that a person participating in a protest, political rally, strike, or shutdown has to give compensation in case of damage to public or private property caused by him or her.

The recovery notices were issued in an arbitrary and vindictive manner. The fact that retired IPS officer S R Darapuri and human rights activist Shoaib Khan were under house arrest on December 19 and 20, according to Rihai Manch activist Rajiv Yadav, and yet the police have issued them notifications for recovery of damages to public property, demonstrates this.

Activist and journalist  Qurban Ali has filed  filed a petition in  the Supreme Court for scrapping  ‘Uttar Pradesh Recovery of Damage to Public and Private Property Ordinance 2020’  promulgated by Yogi government on march 2020.  He told Muslim Mirror that it will come up for hearing soon.

During the anti-CAA protests, at least 23 Muslims were killed, over 3,000 people were arrested, 350 First Information Reports were filed, and 5000 named individuals and over 100,000 unidentified people were named by police across the state.

CAA protesters observe one day fast in solidarity with farmers