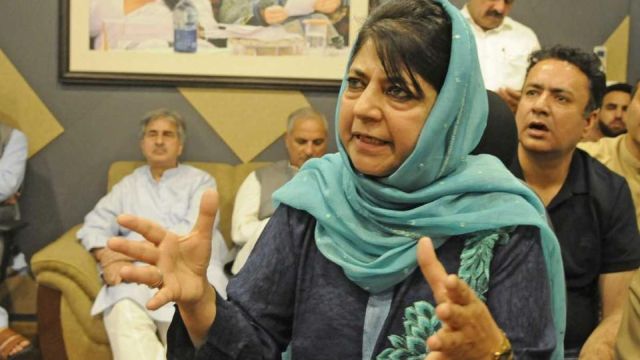 Srinagar : Former Jammu and Kashmir Chief Minister and Peoples Democratic Party (PDP) President Mehbooba Mufti on Friday said the BJP-led central government would end up creating more militants like Syed Salahuddin and Yasin Malik if her party was split to form government in the state.

“All of us know there can be no horse trading unless Delhi (the Centre) wants it. If Delhi tries to break my party, they will be repeating what was done here in 1987,” Mufti told the media here.

“Don’t try to break my party, all you will end up doing is create more Salahuddins (Chief of Hizbul who fought elections in 1987) and Yasin Maliks (JKLF chief who was Salahuddin’s poll agent then),” she thundered.

Asked about the rift in her party as a result of which some of her own party men and MLAs had levelled serious charges against her, Mufti said: “There are differences in every party and these can be sorted out within the party.”

“Let me put this out here for all to remember ‘not one new militant will be created with the break up of the PDP’. People will not mourn the demise of a party created in Delhi only to divide the votes of Kashmiris.”