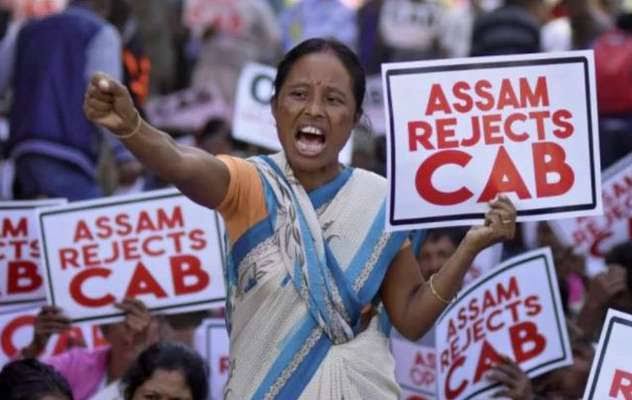 New Delhi, Dec 15 (IANS) If the monsoon session of Parliament created history by junking the controversial Article 370 of the Constitution that gave special powers to the erstwhile state of Jammu &amp; Kashmir, this winter session that ended this Friday became known for another equally controversial legislation – the Citizenship Amendment Bill, which now, after being passed by both the houses has become an Act.

What is the Citizenship (Amendment) Act?

This bill that now has become an Act makes it easier for the non-Muslim immigrants from India”s three Muslim-majority neighbours — Pakistan, Bangladesh and Afghanistan — to become citizens of India. Though the Bill doesn”t spell it out clearly, but the fact that it entitles Hindus, Sikhs, Buddhists, Jains, Parsis, and Christians facing religious persecution in the three nations, to seek Indian citizenship, highlights the exclusion of Muslims.

This amendment is of the Citizenship Act, 1955 which requires the applicant to have resided in India for 11 of the previous 14 years. The amendment relaxes this requirement from 11 years to six years, for Hindus, Sikhs, Buddhists, Jains, Parsis, and Christians from the three nations.

Who stands to benefit?

The Citizenship (Amendment) Act grants citizenship to the Hindus, Christians, Sikhs, Buddhist, Jains and Parsis — from Afghanistan, Pakistan and Bangladesh who had arrived in India before December 31, 2014.

To put it simply, those belonging to these religions, coming in from the three countries stand a chance to become Indian, even if they don”t have requisite documents. Moreover, they will not be deported for not having documents.

Also, the requirement for them to stay in India for at least 11 years before applying for Indian citizenship has been reduced to five years.

There are two kinds of protests that are taking place across India right now, against the Act. In the northeast, the protest is against the Act”s implementation in their areas. Most of them fear that if implemented, the Act will cause a rush of immigrants that may alter their demographic and linguistic uniqueness.

In the rest of India, like in Kerala, West Bengal and in Delhi, people are protesting against the exclusion of Muslims, alleging it to be against the ethos of the Constitution.

The Citizenship (Amendment) Act does not apply to tribal areas of Tripura, Mizoram, Assam and Meghalaya because of being included in the Sixth Schedule of the Constitution. Also areas that fall under the Inner Limit notified under the Bengal Eastern Frontier Regulation, 1873, will also be outside the Act”s purview. This keeps almost entire Arunachal Pradesh, Mizoram and Nagaland out of the ambit of the Act.

NRC link to the controversial Act

The NRC, which identified and eliminated illegal immigrants from Assam on Supreme Court orders, had been a longstanding demand of Assam. But ever since its implementation, there has been a growing demand for its nationwide implementation. BJP President and Home Minister Amit Shah raised the pitch for this during his election rallies.

As late as this October, Shah raised the matter in West Bengal, not far from Assam. He had said: “We had brought the Citizenship Amendment Bill in the Rajya Sabha, but the TMC MPs did not allow the Upper House to function. They did not allow the bill to be passed, and due to this, there are people in our country who are yet to get Indian citizenship.”

But, what happened in Assam after the NRC implementation. After the updated final NRC in Assam was released on August 31 this year, it excluded the names of over 19 lakh applicants including Hindus. Now, the CAB will ensure they are not harmed.

In another rally in Bengal in April, Shah had given a peek into his larger plan, “After passing the Bill, we would bring the Citizenship (Amendment) Bill, so that all the refugees get citizenship, and then we will bring the NRC to throw out each and every infiltrator.”

As of now, the protests, some of them violent, have created a law and order situation. But even as the northeast and the rest of India join in the protests against the Act, the purpose of their protests are very different from each other.