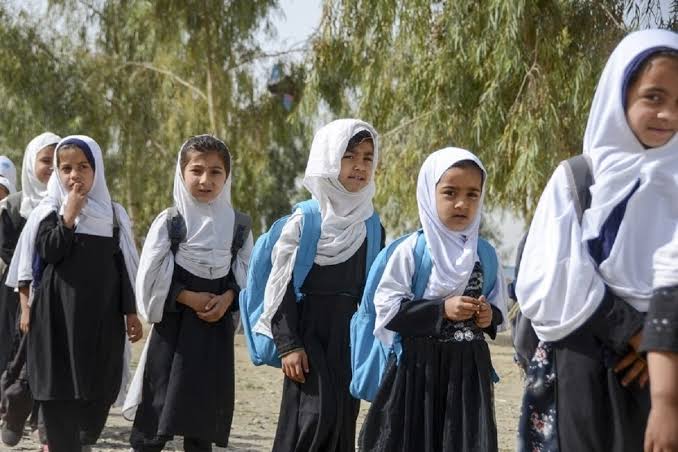 KABUL : In a joint statement, the Foreign Ministers of the UK, US, Canada, France, Germany, Italy, Japan, Norway, as well as the High Representative of the European Union, have condemned the decision of the Taliban over not reopening secondary and high schools in Afghanistan for girls, Khaama Press reported.

In the statement, the countries said they were united in condemnation of the announcement of a ban on teenage girls’ schools saying the declaration contradicts the Taliban’s pledges to the Afghan public and the International Community.

“The decision came after months of work by the international community to support teacher stipends based on an expectation that schools would be open for all, with the higher interest of Afghan students and teachers in mind. And sadly, it came as eager Afghan girls were walking to their schools for the first time in seven months,” the statement said.

The countries have called on the Taliban to reverse their decision lest it will have consequences on the prospects for social cohesion and economic growth of Afghanistan.

Further, the decision will have an inevitable impact on the Taliban’s demand for gaining political support inside and out of the country.

The Taliban’s Ministry of Education on Wednesday announced that girls only up to grade 6th are allowed to attend classes while the others have to wait until further notice.

Aziz-ur-Rahman Rayan, a spokesman for the Ministry, said all preparations had been made for the re-opening of schools, but that the group’s central leadership had ordered them to stay closed until, “a comprehensive plan has been prepared according to Sharia and Afghan culture”, the BBC reported.

Since the fall of Afghanistan in August last year, only girls’ primary schools have remained open, along with all boys’ schools in most parts of the country.

Before the Taliban took power, secondary schools in Afghanistan were already segregated by gender, whilst the uniform consisted of a black outfit and white hijab. — IANS