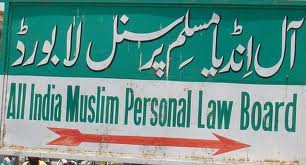 Ujjain, March 24: The 23rd conference of the All India Muslim Personal Law Board, (AIMPLB), has called upon the Government of India and the state governments to take initiatives for redressing the grievances of Indian Muslims of interference in their Islamic family laws known as Muslim personal laws or Shariah.

The personal laws of Muslims are the integral part of their religion and belief and any tampering with these laws is interference in the religion. It is clear violation of fundamental rights to profess, practice and propagate their religion which is guaranteed in Indian Constitution. It is our constitutional right to live in the country with full freedom of religion, the AIMPLB said.

The three-day AIMPLB conference concluded here in Jamia Arabia Siraj-ul-Uloom, the venue of the convention, on the outskirts of historic city Ujjain in Madhya Pradesh on Sunday while adopting a seven point resolution by voice vote.

The AIMPLB has demanded a minimum compensation of Rs.25 lakh to be paid to Muslim youths tagged as terrorists, who after being incarcerated in jails in prime of their youth were allegedly tortured physically and mentally at the hands of security agencies, were honourably released by courts of law in the absence of any evidence found against them.

It also demanded that many other Muslim youths who are languishing in prisons in different states for many years without any charge-sheet filed against them and without any incriminating evidence against them must be released forthwith. In other such cases charge-sheet be filed without any further delay and the trials should be conducted in fast track courts.

Another resolution expressed concern that in Bharatiya Janata Party, (BJP), ruled Madhya Pradesh Hindutva agenda is being imposed in educational institution to influence the young minds of children of minorities namely Muslims and Christians who study there. As per the Hindu ideology and mythology school-going children are being espoused to perform Surya Namaskar, recite Bhojan Mantar before taking mid-day meals, sing Vandematram where mother earth has been glorified as god, and excerpts’ of Hindu religious book Bhagvad Geeta have been incorporated in school syllabi. All these acts in a secular country is against the spirit of Indian Constitution and the government of the day has no right to propagate any particular religion compulsorily or voluntarily. Moreover, Muslims are  not idol worshipers but worship only one God called Allah and as such AIMPLB demanded a complete ban on such activities forthwith.

Briefing news persons at the conclusion of conference Adv. Abdur Rahim Qureshi, Assistant general secretary and spokesman of AIMPLB, said: “In our country we feel that the stability of present democratic and cultural polarity structure is at stake and it is imperative and duty of every citizen and every community and group living in India to inculcate the sentiments of truly upholding the principles of secular character of the state’s cultural plurality and duty towards country.”

“For this it is necessary that every group and community should feel that those things which are dearer to their lives are safe, preserved and protected. The first and foremost thing in this regard is religion. As far as Muslims are concerned they feel and there is reason for this feeling that there is interference from the state and its organs in the matter of religion”, he added.

Adv. Qureshi said the AIMPLB while appreciating the announcement of the Union Minister for minorities’ Affairs K. Rahman Khan that Waqf Bill 2010 would be introduced in the ongoing session of Parliament has demanded its early introduction for proper supervision, protection and preservation of the Waqf properties spread all over India. It also demanded introduction of a Bill for empowering the Waqf Boards to evict encroachments and those who have Waqf properties under their possession. The Board also demanded return of Waqf properties which are under illegal possession of Union and state governments or at lest legalising their possession by taking them on lease from the Waqf Boards.

He said AIMPLB was very critical of the Direct Taxes Code Bill as it is harmful to the places of worship and religious trust of all religious communities including Muslims. The Board has demanded the exemptions and concessions as provided in the present Income Tax Act should be incorporated in the Direct Tax Code Bill. The Board called upon Hindus, Sikhs, Christians and Parsees to stand up against the Direct Tax Code Bill and support and raise their voice along AIMPLB to amend it. The Direct Taxes Code is a bid by the government to impose tax on Masjids, temples, churches and gurdawaras, and charitable trusts or organizations which are working for any religious community. These religious places should be exempted for Income Tax and Wealth Tax, he added

Meanwhile, “Ujjain Declaration” was released at the concluding session of the conference where among other things it said that in the present era the protection and safety of women against sexual assault has become a top priority for which only legal sword and enhancement of punishment against the perpetrators of these crimes are being demanded. However, no effort is being made neither to change the mind set of the menfolk by inculcating moral values in them nor the causes which causes these crimes is being looked into. One of the major cause is consumption of alcohol which propels to commit such crimes and as such there is no move to impose prohibition forthwith or slowly and gradually,

The “Ujjain Declaration” urged Muslims to be a practicing Muslim following the Shariah laws in letter and spirit to influence others by their characters and practical examples of exemplary behaviour even in adverse situations. Muslims should not get demoralised but stand united to face the challenges posed by the adversaries.

Later, in the evening after Maghrib prayers a mammoth public meeting was held here in Nanakheda Stadium which was overflowing with scull caps as Muslims from in and around Ujjain started thronging the venue from afternoon. They came in hordes in buses, jeeps, cars, tractors etc. and the whole area gave festive look. It was sea of humanity and according to one estimate more than 50,000 people including children converged on to the stadium to listen to Maulana Syed Mohammad Rabey Hasani Nadwi president of the AIMPLB, and other Ulema and intellectuals of the community to refresh their Emaan. Union Minister for Minorities’ Affairs K. Rahman Khan specially flew in to Indore and drove to Ujjain about 50-60 kms away to address the public meeting. The stadium reverberated time and again with “Naray-e-Takbeer” in-between the emotional speeches of the speakers.

Addressing the milling crowd of Muslims Maulana Rabey said that India is a democratic and secular country. Its constitution guarantees right to religion and one has the right to practice one’s religion. Few people are trying to alter democratic and secular nature of our country which is unacceptable. He termed intrusion in Shariat as unconstitutional and against the secular fabric of the country, he added.