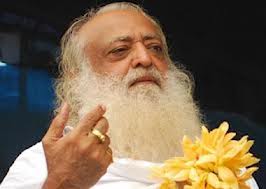 The members raised the issue during the Zero Hour when the House was discussing the progress in probe on the recent gangrape of a Mumbai-based photo-journalist.

“There is one sadhu who is taking the country for a ride. What have you done in the case? A young girl has slapped rape charges against him. Government should say something and do something on this. Why don’t you speak on this,” JD(U) chief Sharad Yadav told Home Minister Sushilkumar Shinde after he made a statement on the Mumbai gangrape case in the house. “Punishing this sadhu will send a strong message across the country,” Yadav asserted, with several members including Gurudas Dasgupta (CPI) demanding stringent action against the controversial godman.

“Asaram should be hanged,” shouted Dasgupta. He also said there have been growing incidents of rape across the country including gangrape of a lady constable in Jharkhand. “These incidents bring shame to us and also to government agencies,” he said. Asaram claims his innocence, draws parallel of his ordeal with that of Buddha’s.