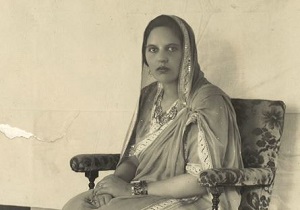 Akbar Jehan’s father’s family, the Nedous’, had emigrated from Dubrovnik, Croatian city on the Dalmatian coast of the Adriatic Sea, to Lahore in the 1800s. Croatia is currently an independent country. From 1815 to 1918, it was part of the Austrian Empire, and from 1918 to 1991, it was part of Yugoslavia. Serendipitously, I found the naturalization certificate of Michael Adam Nedou, Akbar Jehan’s paternal grandfather, in the depleted family archive. According to the certificate, signed by C. U. Aitchinson, Lieutenant Governor of the Punjab and its Dependencies, on February 28, 1887, he conferred upon hotelier, Michael Adam Nedou, the rights and privileges of naturalization. In the “Memorial” presented to C. U. Aitchinson, Michael Adam Nedou explained that he was born in Ragusa, Austria (Ragusa is the Italian and Latin name for Dubrovnik on the Dalmatian Coast); he was of Slovak nationality, and had been in British India for the past twenty-five years. At the time of the presentation of the “Memorial” Michael Adam Nedou was fifty years old, settled in Lahore, and sought to be granted the rights and privileges of a British subject of Queen Victoria, “of Great Britain and Ireland, and Empress of India, within her Majesty’s said Indian Territories,” in compliance with Act XXX of 1852 (“Certificate of Naturalization”).

He had sailed to India from Ragusa in 1862, where, after a period of adversity and hard knocks in which his will and perseverance had been tested, he had accomplished much. He had crossed the roiling waters of the Mediterranean Sea and the Indian Ocean and borne the stormy turbulence of an immigrant’s precarious existence to land on the shores of Bombay, now Mumbai, India. The lithe, imaginative, and vivacious young woman who later became his wife, Jessie Maria, made his acquaintance while visiting her brother, George, who was a Sea Captain in the British Royal Navy. That acquaintance, rather enchantingly, metamorphosed into love, and the wedding was solemnized soon after their first meeting. Their older son, Michael Henry [Harry] Nedou, Akbar Jehan’s father, according to his birth and baptism certificate, was born in Pune, British India, in 1877. Michael Henry [Harry] Nedou was one of nine children. He was born to Jessie and Michael Adam Nedou after six daughters, an event that was celebrated with much gusto. The birth of the second son, William Arthur Nedou, in 1879, was soon followed by that of the third son and youngest child, Walter Douglas Nedou (E-mail from Cynthia Schmidt to author, 20 January 2013).

According to family sources, Akbar Jehan’s paternal grandfather, Michael Adam Nedou started out as a photographer and architect, but destiny had willed otherwise, and the decisions that he took shaped that destiny as though with the finesse of a ca 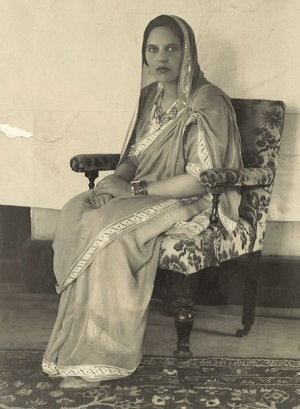 lligrapher’s brush. His first venture in hoteliering was the acquisition of the Sind Punjab Hotel in the port city of Karachi. He built the imposing and courtly Nedous’ Hotel in Lahore, characterized by charm and grace, in the 1870s. He and the rest of his family later built the Nedous’ Hotel in Gulmarg, Kashmir, in 1888. The hotel in Gulmarg is built on an elevation, overlooking the once luxuriantly lush meadow, with its cornucopia of fragrant, beauteous, and flourishing flowers. The riot of colors in Gulmarg in the summer has always had the power to revive my spirits! The cozy cottages around the main lounge, furnished with chintz drapes, chintz covered armchairs, soothing pastel counterpanes on the canopy beds, and hewn logs around the fire places would warm the cockles of any anglophile’s heart. Despite the concretization in Gulmarg, the Nedous’ Hotel has always retained an old world charm, maintaining, against all odds, its heritage character. Akbar Jehan’s sister-in-law, Salima Nedou, observes in her unpublished manuscript that “Michael Nedou was the pioneer of the hotel industry in India and he laid the first stone in the splendid structure of the country’s hotels. His name is woven forever in the tapestry of our tourism” (16). The then grandiose Nedous hotel in Srinagar, which was opened in 1900, boasted a confectionary that, for a long time, had no parallel. The thought of the delectable jams and jellies that we got from the Nedous’ bakery in my childhood makes me drool. Until the decade of the eighties, the Nedous hotel in Srinagar epitomized a rare and appealing excellence, and a flawless execution, which, over the years, deteriorated. It is now, sadly, in a dilapidated state.

In Akbar Jehan’s father’s lifetime, the Nedous’ hotels in Lahore, Gulmarg, and Srinagar retained their reputations as classy, plush, and magnificent havens in colonial India. Akbar Jehan’s father, the stoic looking, stocky, and thick-set, though not short, Michael Henry [Harry] Nedou took over the management of the restful hotel in Gulmarg, exquisitely and intimately described by M. M. Kaye in her whodunit novel, Death in Kashmir, from his father. Several people have testified to his proverbial philanthropy, beneficence, and kindness. Mother tells me that his advocacy of the nationalist movement in Kashmir, the stirrings of which began in the 1930s, encouraged Akbar Jehan to relinquish a life of affluence and repose to marry the rebel from Soura, Sheikh Mohammad Abdullah. Michael Henry [Harry] Nedou “spent his time helping the poor, built houses for them, and saved people wrongly convicted from jail and twice from the gallows” (Nedou 59). Although a charming hotelier, his altruism and charitableness had given him a larger purpose in life, which earned him the admiration and appreciativeness of not just the “highest names in the land [Lahore], but also those whose sufferings he had soothed and who remembered his kindness and charity” (Ibid).

Akbar Jehan’s mother, Mir Jan, respectfully called Rani jee by family, friends, and acquaintances was an indomitable Gujjar woman, who has an imperturbable expression in all the pictures I have seen of her. Rani jee’s family traced its lineage to the martial, patrilineal, and rigidly traditional Rajputs of Rajasthan. The impression that I get from her pictures is that she must have been a phlegmatic woman, secure in the knowledge that she was propertied and wealthy, not requiring anyone’s good offices to lead a comfortable life. Her sturdy, reticent, and stouthearted siblings, Niyaz Bi, Subi Bi, Sardar Bi, Lali Ma, and Ferozdeen were just as formidable looking as Rani jee. All of them were the proud owners of sprawling acres of magnificent land in Gulmarg, a resort which found a prominent place on the international map in that late 1800s and early 1900s through the endeavors of Michael Adam and Jessie Maria Nedou.

Sheikh Mohammad Abdullah writes of Rani jee in his autobiography that she was a virtuous, religion, and “good natured lady.” He credits her with having infused the value of religious teachings and traditions in Akbar Jehan (Fire of the Chinar 138). From all accounts, Rani jee was a termagant who knew how to keep the wheels of her household running smoothly without ruffling feathers. Although her husband’s sisters looked down their noses at her, she had clearly made a success of her interracial and intercultural marriage, a union which can be difficult to navigate even in today’s global and cosmopolitan age. Her material prosperity was greatly enhanced by her status as the mother of four strapping sons, Omar Nedou, George Nedou aka Mohammad Akram, Colonel Harry Nedou aka Ghulam Qadir, and Captain Benji Nedou aka Shamsuddin. Her only daughter, Akbar Jehan, was not a particularly tall woman, but she had a regal demeanor, resembling a statue in dignity, grace, and proportion.

Akbar Jehan’s spiritual mentor was a well-educated divine, Mohi-ud-Din, who had given precedence to a life of asceticism over a worldly one. A very erudite person, Maulvi Mohi-ud-Din had a masters in Arabic, English, and Philosophy from Punjab university, Lahore. While he was a student in Lahore, he was drawn to the tenets of the Naqshbandi Sufi order and, in following the precepts of that order, swore allegiance to Maulana Shah Saheb of Lahore. Originally from Amritsar, Maulvi Mohi-ud-Din had chosen to pursue a life of austerity in Nihalpur village, Pattan, which is in North Kashmir. Pattan abounds in orchards and, till date, boasts several monuments of historical significance.

Legend has it that despondency having afflicted Akbar Jehan’s parents, Rani jee and Michael Henry [Harry] Nedou aka Sheikh Ahmed Hussain, because, for several years after they were married, their house remained bereft of the patter of tiny feet and the heavenly mirth of children, they looked for scientific as well as spiritual remedies. After having been told about the religious convictions and spiritual prowess of Maulvi Mohi-ud-Din, they undertook a journey to Pattan in quest of peace and happiness. In their despondency, Rani jee’s and Sheikh Ahmed Hussain’s meeting with the Maulvi was nothing short of a miracle. Looking upon them with benevolence, the Maulvi beseeched them not to despair and to invoke God’s mercy through prayers and gratitude, because they would be blessed with bonny boys and a cherubic girl who would embody high ideals and piety. He told them to name the girl “Akbar Jehan.” That girl, Maulvi Mohi-ud-Din prophesied, would be his spiritual child (Conversation with Parvez Ahmed Khan, Nephew of Maulvi Mohi-ud-Din, dated 3 March 2013).

In fulfillment of the prediction, the only daughter of Rani jee and Michael Henry Nedou [Harry] aka Sheikh Ahmed Hussain, Akbar Jehan, could not just recite the Quran with devotion and piety, but could also expound on the exegetical thoughts that the Hadith (Prophet’s Mohammad’s sayings and religious practices), Sharia (moral code and religious law of Islam), and Fiqh (Islamic jurisprudence) generated. Mother tells me that Maulvi Mohi-ud-Din, whom Akbar Jehan greatly revered, influenced her decision to marry the Sheikh, which, metaphorically, entailed swimming against the tide. I remember that whenever she encountered an ostensibly unyielding encumbrance, she would pay obeisance at her mentor’s tomb in Pattan and, viscerally, submit to God’s will. Every time I am wracked by doubt, I sincerely wish I could imbibe her faith, which some might think proceeded more from instinct than intellect.

3 thoughts on “Begum Akbar Jehan Abdullah: Some Memories of My Grandmother”