Israeli Ambassador to India, Dr. Ron Malka was in Guwahati in the first week of May. Although Malka officially called on Chief Minister Sarbananda Sonowal in Guwahati .There are speculations of him having met the RSS chief Mohan Bhagwat as well, primarily because Bhagwat had been quietly camping in Guwahati for about a week during this period.

Though there are no official reports of the two having met, but can RSS chief also being in the state with no particular reason be a mere coincidence?

Many political commentators have also questioned the perfect timing of both Ron Malka and Bhagwat being in the same city.

“RSS chief Mohan Bhagwat has been quietly camping in Guwahati for about a week now. Then, Israel’s Ambassador to India, Ron Malka too was in Guwahati yesterday. No, there are no reports of the two having met, but shouldn’t we be worried?” asked a twitterati Nilim Dutta.

What raises the doubt further are the credentials of Ambassador Ron Malka. He is widely believed to be a political appointment by Israel PM Netanyahu as he isn’t a career diplomat. Between 1983 and 2007, Ambassador Malka was in military service. He retired with the rank of Colonel. He had served 9 years in the IDF Intelligence Corps and for 16 years held managerial positions in the Chief of Staff’s Financial Advisory Unit. 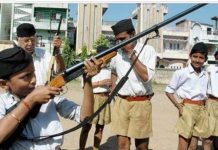 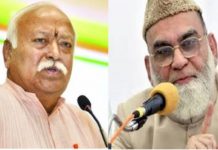 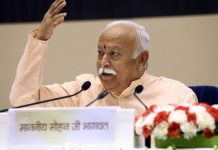