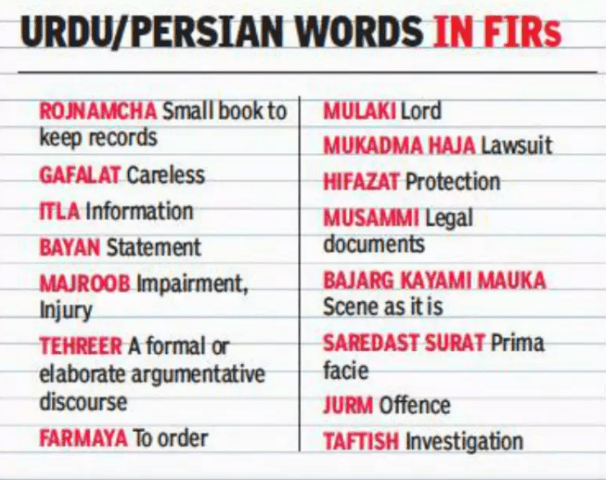 .“Urdu/Persian words are being used mechanically by cops without knowing the meaning and proper application of mind. The FIR should be lodged in the simplest language possible or on the language possible or on the language of the person who has approached the police for lodging of the FIR” a division bench of Justice DN Patel and Justice Hari Shankar opined.

Filed by Vishalakshi Goel, the petition had asked for directions to be issued to the Delhi Police for lodging FIRs in a language that can be easily grasped by the complainant. The Petitioner had pointed out that Delhi Police use certain Urdu/Persian words in the FIR, which makes it difficult for the complainant to translate it understand.

Court also went on to direct Delhi Police to provide a copy of the list of translations, annexed to the aforementioned Circular, along with the copy of the FIR to each complainant, as many people may not be able to understand the meaning of Urdu words.

In addition to this, the court also directed the Delhi Government to produce before it copies of at least 10 FIRs registered with 10 different police stations, so that the court cab verify as to whether the said Circular is being complied with by the subordinate officers in letter and spirit.