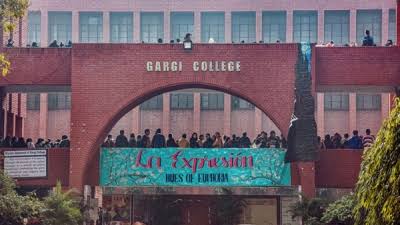 New Delhi, Feb 13 Ten men arrested by the Delhi Police in connection with the mass molestation of female students at Delhi University”s all girls Gargi College during the annual fest Reverie was sent to judicial custody on Thursday.

A senior official of the Delhi Police told over the phone: “The arrested persons were produced before Duty Magistrate, Hauz Khas and have been sent to judicial custody.”

When asked about the details of the arrested persons, the senior officer said: “We cannot reveal the identity of the persons as it may hamper the probe which is at an initial stage.”

The Delhi Police on Wednesday arrested 10 persons in connection with the alleged molestation incident that took place on the campus of Delhi University”s Gargi College on the third day of the annual cultural fest Reverie 2020.

All of the arrested persons fall in the age group of 18-25 and are students of public and private universities of Delhi-NCR.

During the scanning of the CCTV footage, it was revealed that the accused persons barged into the college and also broke a college gate, the Delhi Police said.

In a press statement, the police further stated, “Over 11 teams are dedicatedly working on all aspects of the case.These teams are looking at the technical details available and are also visiting various sites in NCR in connection with identification of the suspects and investigation of the case.”

“Many persons are being questioned and multiple suspects have been identified,” said DCP South Atul Thakur in a statement.

The three-day annual college fest began on February 4 and on February 6 over 100 middle-aged men crashed the college gate and came inside where the fest was being held. They started misbehaving with girls. Luckily nothing happened with me but my friends told me that those men groped them and much more,” a student said.