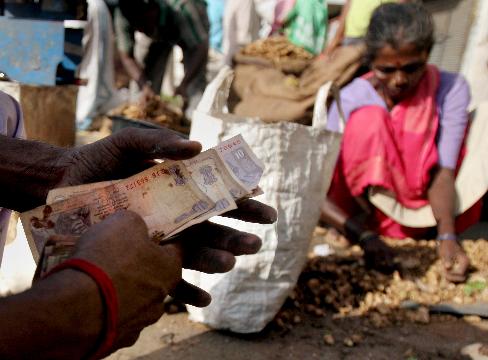 “The solution to India’s myriad of problems lies neither in crippling Pakistan nor in silencing Kashmiris or pitting Hindus against Muslims, but in India’s emergence as a top global economic power” opines   B. Z. Khasru

Prime Minister Narendra Modi’s decision to annex Kashmir in August and the recent controversial amendment to the citizenship law to give preference to non-Muslims have stirred up the country and raised hosts of questions about India’s future, with the main one being what is the right path for the nation to go forward.

By no means, Hindutva — the ultra-nationalist, discriminatory mantra of the ruling Bharatiya Janata Party — is cure to India’s problems. Hindutva may be good for the BJP to win elections, but it is bad for India. The solution to India’s woes lies neither in giving Pakistan a bloody nose nor in silencing Kashmiris or pitting Hindus against Muslims, but in India’s emergence as a global economic power.

By giving its people a world-class living standard, India can accomplish what its leaders have failed to do since its independence seven decades ago: Delhi can entice many Pakistanis — possibly even Bangladeshis, Nepalese and Bhutanese — to rejoin India if it holds promises of a better life for them.

If Indians lived like Americans or Europeans today, the Pakistanis would ponder whether they are better off in a dirt-poor separate nation or in wealthy India. Sure, man does not live by bread alone and everyone cherishes freedom. But in an empire of hunger, freedom sounds hollow. Time and again, nation after nation has shown money is god.

To be sure, no one expects an overnight change in the existing political setup, but a regional reconfiguration is not really far-fetched. This may mean a loosely federated India, with special rights for frightened minorities — a complete reversal of the Hindutva mantra now being chanted by the saffron warriors.

No, Modi’s victory over Rahul Gandhi is no proof that Laxmi lost out to Indra. It simply indicates the Congress party’s message appeared too cloudy and came too late for voters to grasp its significance. In the grand scheme of things, Laxmi will prevail. As America has discovered, it’s the economy, stupid! Even right now, impeached President Donald Trump is blowing the economic horn to win re-election in 2020 and fight removal from office.

Just across the Atlantic, Scotland’s referendum in 2014 evidenced once again that people vote with their wallets. Fifty-five percent of the Scots opposed separation from Britain, discarding the rhetoric that North Sea’s vast oil guaranteed an independent Scotland a bright future. In 2012, only 5 percent of Puerto Ricans favored a free nation, while a whopping 61 percent opted to be America’s 51st state. Quebec also found Canada’s economic largesse sweeter than independence.

In contrast, economic deprivation galvanized Bengalis to form Bangladesh. In the United States, despite grumblings over Barack Obama’s election as president, no one seriously thought Texas should secede. No doubt Texans would have gone solo if they could envision a land of milk and honey awaiting them.

Would the Soviet Union have splintered if it were an economic powerhouse? Possibly not. Yugoslavia fell apart only after running into a serious economic hardship and its most advanced region — Slovenia — refused to carry the burden of its poorer siblings. Pro-independent Punjabis felt the same when they waged a violent campaign for Khalistan.

When Modi annexed Kashmir, he cited the state’s economic plight as an excuse, but it is a fallacy. By his logic, Assam and Uttar Pradesh would be prime candidates for direct rule from Delhi. These states fare worse than Kashmir in income. Madhya Pradesh, Orissa, Rajasthan, Tripura, Manipur, Megalaya, Bihar and Jharkhand trail Kashmir, too.

Politicians are best at passing the buck. Extreme economic pains India has suffered for decades resulted from wrong politics. Unlike many other newly developed nations, such as South Korea, Chile and China, India lacked the resolve to be rich. Until and unless a nation charts the right course of action, it will not reach the promised land.

If India were rich, the Kashmiris would have long ago buried the idea of joining a bankrupt Pakistan or becoming a destitute independent nation. Sadly, India ranked 102nd among 117 countries in the Global Hunger Index in 2019, behind Nepal, North Korea and even Pakistan.

Many Indians naively take solace in the fact that India towers Pakistan, a disoriented nation just one-fourth of India in land, people and resources. This perversion in thinking has led India to take its eyes off the prize. For the past seven decades, India has remained obsessed with Pakistan. As a result, India today finds itself dwarfed by its real rival, China.

In 1960, China and India had the same yearly income of $80 per person. Today, an Indian earns only 25 percent of what a Chinese makes. China’s military budget is four times larger than India’s. Except for the headcount, China surpasses India in almost all categories in defense matters.

Yes, China’s military was stronger even in 1960, thanks to Prime Minister Jahawarlal Nehru’s indifference to defense, until the People’s Liberation Army violated India. The gap has widened sharply since Deng Xiao peng’s reforms in the 1970s, which created China’s economic miracle and helped Beijing build a mighty military machine.

On the international stage, India today is nowhere near China in money or military. To an average Greek, India is a land where people wear colorful dress, eat spicy food and men dance in movies. So much for the reputation of India, a land with a 5,000-year heritage. It’s high time for the Indians to start worshiping the rupee than the cow.

Many Indians see Delhi’s effective handling of the Doklam plateau standoff with China near Bhutan’s border two years ago as proof that the Elephant can fight off the Dragon. How much of that victory was because of India’s muscle power is a matter of speculation. More likely, Beijing did not push India too hard because it feared Delhi would jump right on America’s lap, an angst that has shaped China’s foreign policy since the 1950s.

An Indo-U.S. encirclement will be China’s worst nightmare. Beijing would seek to avoid it at any cost. For now, China’s real goal is to keep Delhi on its toes and extract concessions when possible on such things as having a diplomatic mission in Thimphu. Beijing has managed to surpass India because Delhi remained obsessed with Pakistan while China made economic gains and expanded its influence overseas.

If India were strong and prosperous, the Kashmiris would have jumped like springboks to be a part of the Indian union. Instead, the state remains virtually frozen months after Modi annexed it, and the possibility of an Indo-Pak war still looms. Once the tight grip of the security forces eases, violent protests could erupt, plunging Kashmir once again into a deeper turmoil.

Because of India’s failure to offer the economic carrot, Kashmir takes matters into its own hands. The fact that India’s smaller siblings have done well encourages the Kashmiris to strike out on their own. If Bangladesh can prosper, why not Kashmir?.

Kashmir, however, is in a vastly different climate because of existing geopolitical realities. So its fate will take unpredictable twists and turns. Any military move by Pakistan will mean war. None but China can rattle India, but Beijing will not stick out its neck. China wants to befriend Delhi to avoid U.S containment.

Notwithstanding China’s equation, Delhi must see the big picture. A mighty economy will help India create a robust security apparatus and lure Kashmir to cast its lot with the Indian union. And, dealing with Pakistan peacefully is the prudent option for India.

If India ever faces cataclysmic headwinds, it would not be because of its failure to imbibe its citizens with ultra-nationalism or break Pakistan into pieces, but because of its indifference to its people’s dream to live in a prosperous motherland. The Soviet Union’s fate is highly instructive.

B.Z. Khasru is author of “Bangladesh Liberation War, How India, U.S., China and the USSR Shaped the Outcome.” His new book, “One Eleven Minus Two, Prime Minister Sheikh Hasina’s War on Yunus an America,” will be published shortly.