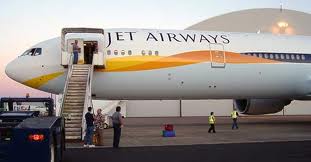 Bangalore, Dec 28: India’s premier private carrier Jet Airways will operate a daily flight from Jan 3, for six days in a week, from Mangalore in coastal Karnataka to Dubai in the United Arab Emirates (UAE).

“A Boeing 737-800 aircraft with 170 economy seats will fly six times a week to Dubai and back with warm service and delectable cuisine,” the airline said in a statement here Friday.

“The new service will provide a much-needed link between Karnataka’s port city and Dubai, catering to the large number of Indians settled in the UAE,” Jet chief commercial officer Sudeer Raghavan said in the statement.

The airline currently operates daily direct flight to Dubai from New Delhi and four services a day from Mumbai.

“The service, the first from a tier II Indian destination to the Gulf, will strengthen our presence in the Gulf, where it has emerged as one of the leading carriers,” Raghavan added.

The additional service from Mangalore will complement the airline’s Gulf operations to Abu Dhabi, Bahrain, Dubai, Doha, Kuwait, Muscat and Sharjah, as well as to Jeddah, Riyadh and Dammam in Saudi Arabia from several cities in India.