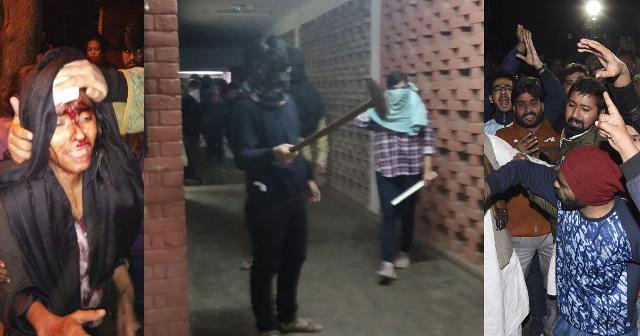 New Delhi, May 20 : A Delhi court has refused to grant early hearing on a plea seeking registration of FIR in a matter related to an attack on students and teachers on the JNU campus on January 5, saying only â€œurgent mattersâ€œ were to be taken up during the present condition posed due to the Covid-19 pandemic.

The court was hearing a plea filed by Sucharita Sen, who suffered head injuries during the attack by masked people inside the campus on January 5, seeking early hearing of an application for registration of an FIR in a case related to injuries to her.

â€œThe reasons for preponment of the application…of the complainant are not found to be plausible. Further, in the present condition posed due to Covid-19 Pandemic, the courts are to take only the urgent matters.

â€œIt is beyond the comprehension of the court as what prejudice will be caused to the complainant if already pending application…is not preponed,â€ the court said on Tuesday.

Duty Magistrate Vasundhra Chhaunkar passed the order after noting from a status report filed by Crime Branch of Delhi Police that the investigation of the FIR already registered regarding the mob violence at JNU was in progress and the Delhi High Court has already directed to the investigating agency to expedite the matter.

The court noted that the application seeking lodging of a separate FIR was already listed for hearing on June 18Â before a court concerned.Â

â€œAs per the status report dated May 18, 2020, the complainant has been medically examined and her statement had already been recorded. Her complaint has also been transferred to Crime Branch which was given on February 6, 2020 to PS (police station) Vasant Kunj,â€ the court noted.

In her plea, Sen had told the court that the lodging of an FIR was urgent since investigation could take place only after the case is registered.

The petition, filed by Sen, had sought lodging of FIR into wanton acts of violence suffered by Sen at the Jawaharlal Nehru University (JNU) campus.

It claimed that the complainant (Sen) had to approach the court on account of inaction on part of the police authorities despite “clear and cogent” facts and underlying material placed by her before the investigating agency.

On January 5, masked men armed with sticks and rods attacked students and teachers and damaged property on the campus, prompting the administration to call in police which conducted a flag march.

At least 28 people, including JNU Students” Union president Aishe Ghosh, were injured as chaos reigned on the campus for nearly two hours. Agencies 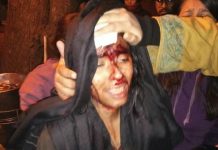