New Delhi : Shah Faesal- a 2010 UPSC topper, has resigned from Indian Administrative Service (IAS) to join electoral politics. He is likely to join the National Conference and contest polls from the Baramulla parliamentary seat of north Kashmir.

Faesal recently returned to Kashmir from a stint as a Fulbright fellow at the Harvard Kennedy School. In a Facebook post announcing his decision he said “To protest against the unabated killings in Kashmir, and lack of any sincere reach-out from the Union Government; the marginalization and invisiblization of around 200 million Indian Muslims at the hands of Hindutva forces reducing them to second-class citizens;
insidious attacks on the special identity of the J&K State and growing culture of intolerance and hate in the mainland India in the name of hyper-nationalism, I have decided to resign from Indian Administrative Service.”

“I wish to remind the regime of the day that subversion of public institutions like RBI, CBI and NIA has the potential to decimate the Constitutional edifice of this Country and it needs to be stopped. I wish to reiterate that voices of reason in this country cannot be muzzled for long and the environment of siege will need to end if we wish to usher in true democracy.” he added.

Welcoming him to the fold of politicians, former J&K Chief Minister Omar Abdullah in a tweet said, “The bureaucracy’s loss is politics’ gain.”

Faisal is set to  address a press conference on Friday to elaborate on his future plans. 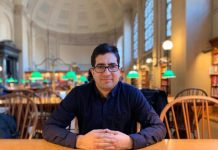 I will fight for Kashmiri people’s dignity : Faesal 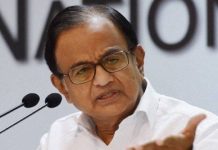