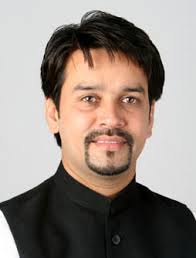 New Delhi, July 15 : When the Congress does not want to answer questions, it hides behind a veil and what Gujarat Chief Minister Narendra Modi said the day before is the truth, said All India Bharatiya Janata Yuva Morcha president Anurag Thakur Monday.

“On the context of the veil, I would just like to say that when the Congress party does not have an answer, it hides in a veil and Narendra Modi has spoken the truth,” Thakur told reporters here.

Addressing a college gathering in Pune Sunday, Modi said that whenever the Congress government is faced by trouble, it hides behind “a veil of secularism” so that no one questions them on real issues.