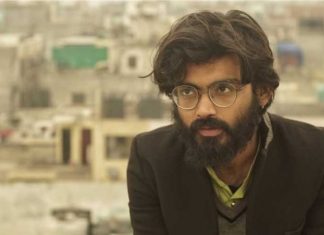 New Delhi, Jan 27: Sharjeel Imam — the man who has been giving the police forces of several states sleepless nights of late — has apparently managed to outwit the ”Men in Khakhi” who are pursuing him in a hate speech case, a top police officer said on Monday.

Ironically, Delhi Police — considered to be one notch above the police forces of other states — was quite late in waking up from its slumber in registering a case against the self-proclaimed JNU student leader.

The Crime Branch of the Delhi Police registered a case on Sunday against Sharjeel for delivering a provocative speech on January 13 — the video of which went viral on January 25. Delhi Police also conducted searches at various places to nab him.

Police of five states — Bihar Assam, Arunachal Pradesh, Uttar Pradesh, Delhi — have booked Sharjeel under the relevant sections of the IPC. He is also facing the charge of sedition. The police in Bihar — his native state — have already conducted raids at his ancestral home on Sunday.

His family members were also called for questioning even as Sharjeel could not be found.

In a video that went viral on January 25, he is seen talking about splitting the northeast from India to block the implementation of the National Register of Citizens (NRC). “We know how Muslims are being treated in Assam. We have to save people from the NRC. The only way to do this is by cutting off northeast from India.”

After police force of other states began actively looking for the student leader, Delhi Police began treating the matter as its own.

Personnel and officers of Delhi Police were on alert mode throughout the day across the courts — suspecting Sharjeel may surrender.

A top officer of Delhi Police Crime Branch told IANS on Monday night on the condition of anonymity: “As of now, he seems to have escaped. He was probably within our reach till January 25. On the same day, he ”disappeared” after delivering a speech in Bihar”s Fulwari area. Since then, we have not received any inputs on him.”

Imam is the son of late Akbar Imam a local Janata Dal-United leader who unsuccessfully contested an Assembly election.

(Sanjeev Kumar Singh Chauhan can be contacted at sanjeev.c@ians.in)