About 3,60,000 Kyrgyzstanis participated in the Great Patriotic War of 1941-1945, more than 90000 did not return from the front. 150000 soldiers of Kyrgyzstan were awarded orders and medals, 29 of them became full holders of the Order of Glory, 73 received the title of Hero of the Soviet Union.

The famous 316th Infantry Division was formed in Kyrgyzstan and Kazakhstan. It was commanded by Major General I.V. Panfilov, the former military commissar of the Kyrgyz SSR. In the fall of 1941, in battles for Moscow, the division heroically stopped the enemy offensive. For her valor, she was awarded the title of Guards and the Order of the Red Star, and from November 23 she bore the name of her commander, who died in battle and received the Hero star posthumously.

The fighter of the Panfilov division Duishenkul Shopokov became the first Kyrgyz – Hero of the Soviet Union. In a legendary battle at the Dubosekovo junction, he was seriously injured and blew up a fascist tank, rushing under him with a bunch of grenades. Other Heroes of the Soviet Union who glorified Kyrgyzstan include Cholponbai Tuleberdiev and Dair Asanov. The Red Armyman Tuleberdiev in battle on the banks of the Don on August 6, 1942 covered the enemy bunker with his body. The gunner Dair Asanov participated in the defense of Stalingrad, and in the battle near Kharkov on March 23, 1943, he destroyed eight tanks, six armored vehicles and 40 fascists.

For a long time, the exploit of the Kyrgyz pilot Ismailbek Taranchiev remained unknown. On March 18, 1944, while performing a combat mission near Narva, he sent his flame-laden plane to a cluster of enemy tanks. May 5, 1991 the pilot was posthumously awarded the title Hero of the Soviet Union.

Significant damage to the enemy was caused by the 660th Mixed Aviation Regiment, formed in Kyrgyzstan on the basis of the Frunze Pilot School. 790 sorties were carried out by a pilot from Kyrgyzstan, Hero of the Soviet Union Evdokia Pasko, who dropped more than 100 tons of bombs on the enemy.

During the storming of Berlin, the political instructor of the battalion, Hero of the Soviet Union Kalynur Usenbekov, showed special valor. After retiring with the rank of lieutenant general in 1987, he headed the Council of Veterans of War, Labor and the Armed Forces of the Kyrgyz Republic.

Kyrgyz economy during the war

At the same time, more than 30 thousand Kyrgyz were sent to military industry enterprises outside the republic: to the Urals, to Kuzbass, Karaganda, Kuibyshev. At home they were replaced by women, adolescents and the elderly.

More than 30 large and small factories and workshops were evacuated from the western and central regions of the USSR to the republic. Construction was underway and new industrial facilities. In total, over 70 enterprises were commissioned during the war years in Kyrgyzstan. The volume of industrial production in 1945 compared with 1940 increased by 22%, engineering and metalworking products – 3.5 times (engineering – more than 10 times), electricity production – 1.5 times. 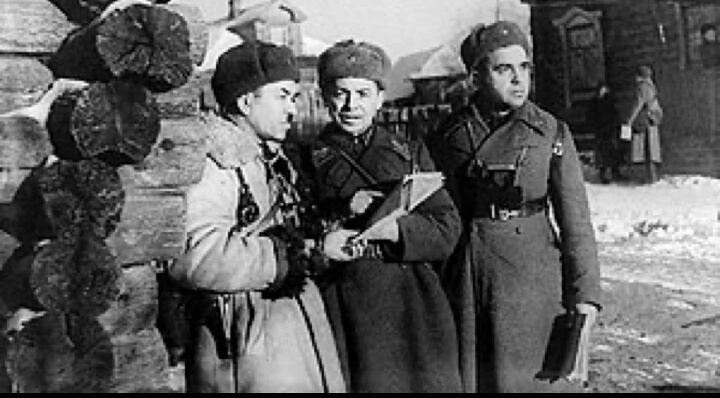 Kyrgyzstanis actively sent gifts to the front: short fur coats, boots, earflaps, gloves, woolen socks, quilted jackets. In total, during the war years, the republic sent 196 wagons with gifts to Soviet fighters, 52 of them received the defenders of Leningrad.
Money was also donated to the needs of the Red Army. Residents of Kyrgyzstan contributed 189 million rubles in cash, 964 million rubles in bonds and 59 kg of silver to the Defense Fund for the construction of tanks and combat aircraft.

Located in the rear, Kyrgyzstan became the base for the evacuation of residents of war-torn territories. For 1941-1945 over 300 thousand people moved to the republic, 16 thousand of them were taken out of the besieged Leningrad. Among the evacuated there were about 3,500 children.
Despite the greatest difficulties caused by the war, the working people of Kyrgyzstan also honorably fulfilled their duty to their homeland, and the front and rear of the republic made up a single whole. Kyrgyz people, like all Soviet people, lived and worked under the motto “Everything for the front, everything for the victory.” And today we are proud that the working people of Kyrgyzstan were an integral part of this unity, making a worthy contribution to the approach of the Great Victory and the end of World War II.