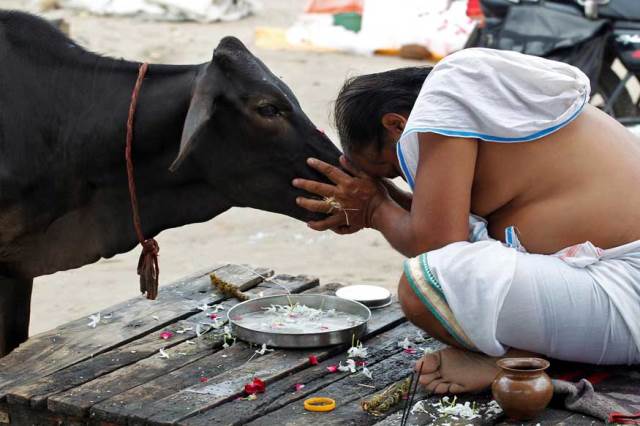 Cow is an important part of the agricultural, cultural and religious aspect of India. However, the recent upsurge of the politics on cow and related violence is a matter of grave concern as far the Indian politics and secular fabric is concerned. Keeping this premise in mind, it is an attempt to analyze the manifest and latent aspect of cow-politics in India. The former can be seen as the form of physical violence and atrocities upon the Dalit and Muslims in the name of cow protection by the self-proclaimed cow protector and vigilante groups. While the latter is associated with the suffering of common masses, particularly the problems of agricultural and rural India and expected expenditure on the protection and care of estray cow. Further, elucidating the latent aspect, it is worth mentioning that the custodian of cow-politics is oblivious about the problems of rural masses as how much they are losing in the agriculture. And by unleashing the violence against the Muslims, they don’t want to let them think on their political, educational, social and economic progress.

To reflect on the manifest aspect of cow politics i.e. unleashing the violence in the name of cow protection by the cow vigilante groups. It can be argued that in the recent time, the politics related to cow has taken an ugly form. People have become self-appointed judge and delivering the justice on the spot i.e. innocent people are being killed and assaulted by the mob, who are self-declared custodian and protector of cow. Muslims and Dalits are the victims of the cow protection and its related politics. To substantiate the attack on the Dalit in the name of cow, it is worth mentioning Una case in Gujrat. Wherein, four members of the family have been beaten mercilessly by the self-style cow protection activists. This incident shook the nation and led to the nation-wide protest in general and Gujrat in particular for justice to the victims.

To through light on the physical attack and atrocities on the Muslims, it can be argued that recent upsurge of physical violence against them, is a matter of serious concern as far as the secular fabric and communal harmony is concerned. The day to day attacks on Muslims in the name of cow safety by the cow vigilante groups, such as – the attack on Mohammad Akhlaq in Dadri; Pehlu Khan and Rakbar Khan in Rajasthan; the meat trader, Quasim Qureshi in Hapur, Uttar Pradesh provides a completely anti picture of secularism as well as an extreme form of social disharmony. Furthermore, even the state machinery is also trying to dilute the cases of murder of Muslim man by the cow vigilantes in the name of cow protection. The state apparatus also favors the dominant group and does not investigate the incident in a proper manner to punish the culprits. The recent examples of UP, where the police forces change the murder of a Muslim man (Quasim Qureshi) in the name of cow, into the mere road rage. However, ‘the case was brought back to the limelight in a recent expose by the news channel NDTV in which one of the accused is caught on camera talking about the assault on the two men and even denying water to one of the injured men’ (The Hindu, 13 August, 2018). However, thanks to the honorable Supreme Court, wherein the same rejects the road rage theory of UP police and ordered to reinvestigate the lynching case. Moreover, the recent attack (September 2018) on the key witnesses of Pehlu Khan’s lynching is a means to intimidate and create fear for them. This would influence the process of justice to deceased.

Additionally, garlanding of eight men from Jharkhand, who were convicted and accused in the lynching of Alimuddin Ansari in Ramgarh in 2017, by union minister, is showing the ugly side of the communal hatred and bigotry towards the Muslims. Moreover, this kind of act is also showing the political patronage of the accused. In addition to this, giving jobs (in NTPC, a public sector undertaking) to those people who were accused in the killing of Akhlaq in Dadri, is another malicious side of political patronage. These kind of activities and examples are trying to justify the violence, hatred and bigotry against the Muslims. At this juncture, the moot question arises that from which source they got power and courage to do such kind of actions. Who are behind the scene? Having said this, it can be argued that the manifest aspect of the cow politics is having the immediate and direct influence in the form of physical violence upon the Muslims and Dalits. This kind of upsurge in violence and atrocities in the name of cow, is sending them to the periphery.

Furthermore, to elucidates on the latent function of the cow politics, it can be argued that the general people are suffering from the estray cows and buffalos because, such animals (in large numbers) are roaming around the fields. These animals are destroying the crops. To substantiate this, it is worth citing the incident, which was reported by Punjab Kesari TV in Madhya Pradesh’s Vidisha. Wherein, the villagers bring more than five hundred cows in the SDM office and they were complaining that cows are destroying their crops. They were also demanding the proper arrangement to these cows. Similar kind of concern was also raised by the NDTV, wherein, it has been highlighted that villagers are facing the problems of estray animals particularly cow and its progeny. In the same report, it has been highlighted that there will be 27 crore estray animals in coming eight years. And for their care, there will be need of 5.4 lac crore rupees, which is 35 time of total budget of animal husbandry of center and state. In addition to this, these animals can be found in the city and urban areas, on the mid of the road, which led to the traffic jam and accidents.

Moreover, there is another aspect of the latent function of the cow politics i.e. let them (Muslims) not to think beyond the security issue. Because, communal violence and atrocities have been used as a tool to send them to the periphery and compel the Muslim community to think only about their security related issues. By creating such kind of appalling environment, they don’t want to give space for them to think on the political representation (24 MP out of 543 MP i.e. 4.41 %); education (4.7 percent enrollment in higher education, according to All India Survey on Higher Education, AISHE, 2015-16), economic progress; social development and other social progress. Having said this, it can be argued that the latent aspect of cow politics is not having the immediate influence particularly in the form of physical violence. However, by creating the terrible atmosphere for Muslims, there is silent effort to let them not allow to think and reflect beyond the security issues. Moreover, the loss of crops in the rural economy and expected expenditure on the care of estray cow would influence the budget of the government in the future.

To sum up, it can be argued that cow should be respected not only for the related belief and opinion of Hindu brethren but also for her importance in the rural economy. However, it also does not mean that the same should be used as a political tool to destroy the communal harmony, peace and tranquility of the society on one hand, and to consolidate the particular kind of community’s the vote for election, on the other. In addition to this, the same animal should not be used to intimidate and create the horrendous environment, where people will not be able to think on their social, educational, economic and political progress. Because, progress can only take place when, there will be peace and harmony in the society. Moreover, cow should also not be used for killing of any innocent people. However, if any person is violating the law, must face trail, but according to the proper channel and law. Rule of law must prevail over the mobocracy.

The author is a Ph D Scholar, at Centre for the Study of Social Systems,JNU. 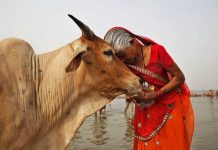