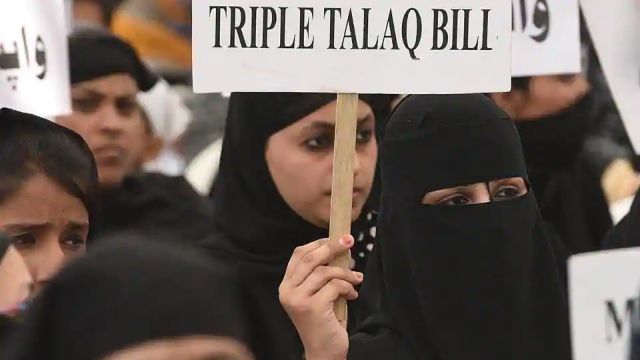 In his address to the Parliament in response to President’s address, Prime Minister Modi repeated the oft-repeated charge against Shah Bano Movement calling the decision to except Muslim demand a blunder of Congress. Interestingly, this blunder of Congress is being used to justify the Triple Talaq Bill. Hindutva lobby has always used Congress’s decision to pass the new act calling it the biggest example of “Appeasement”. While Hindus, especially upper caste Hindus, reserve the exclusive rights to be pampered through favourable socio-economic policies, even slightest favour to Muslims becomes “appeasement” for the Hindutva lobby. Even certain Muslims tend to think Shah Bano Movement as a miscalculated move, which in their view led to Babri Masjid demolition. Their view is of course misplaced because while Shah Bano issue was totally an internal issue of Muslims with nothing whatsoever at stake for Hindus, Babri Mashed issue related to claims and counterclaims by two communities. And of course, Mr. Arif Mohammad Khan has never come out of the Shah Bano issue days, wasting an opportunity to use his talents to do something substantial for the community.

Incidentally, I happened to be the first, or at best among the very first to organize a big juloos in Saharanpur against Shah Bano judgment. It picked up with Late Shahabuddin leading the movement to its logical conclusion. I was just 26 then and gave a call for juloos not out of any desire to enter politics or activism but because of the dangers the Judgment posed to the institution of marriage and family system. If Mr. Modi is finding fault with the decision of Congress Government to undo the SC Verdict through Muslim Women Act, it is out of poor understanding of the reasons why Muslims opposed the verdict.

First, Islam permits sexual relationships only between males and females and within the institution of marriage. Relations outside a proper marriage are not only a big sin but punishable under law. There is no place for living-in or adulterous relationships in Islam.

Second, in Islam, the process of marriage is required to be easy for everyone, and the process of divorce is to be relatively easy but not instant. If the correct Islamic method of divorce is followed, it would require the decision of divorcing, whether by husband, or wife, to stand for a period of three months, to be extended till the delivery if she is pregnant. If the process of divorce is made difficult, as in most Western countries, and sex becomes permissible outside marriage, it would disintegrate the family system. In West, people prefer to remain in relationship without marriage just because of that, with the result that 30-60 per cent of children are born out of wedlock and have to live in single parent family.

Third, in Islam, there has to be either total relationship between husband and wife with physical, social and financial dimensions or none at all. The obligations, physical as well as financial, of the husband and the wife towards each other are limited to the period of marriage; there are none before Nikah and none after the culmination of Iddah. Half relationships are unacceptable. Accepting Shah Bano Verdict of the Supreme Court would mean that while the wife has ceased to offer anything to the husband, the husband provides her maintenance for the whole life or till she remarries. This would deter the woman as well as man to remarry because for woman the financial necessity of marriage would not arise and for man this would mean an extra burden.

There appeared in press at that time many instances within Muslim community where within a few months after marriage, the wife walked out of marriage and filed case against the husband seeking lifelong maintenance. Had Shah Bano verdict not been reversed, such cases would have fast multiplied threatening the whole institution of marriage.

I have seen many cases among Hindus, which can be regarded nothing but cruel result of Section 125 (CrPA). In Saharanpur, there was my friend Mr. Yogesh Chibber, an English lecturer in local MS Degree College. He married at around the age of 28. His wife left her after 6 months of marriage. When she left she was pregnant. She immediately moved to the Court for maintenance. The case began which continued for more than 25 years. Neither she agreed to return back, nor agreed for divorce. She was getting a monthly maintenance throughout the period. Being a Hindu, Mr. Chibber could not even remarry. At about the age of 56, he developed Blood Cancer and died. Within a few days of death, she started demanding possession of the assets he left. Throughout the life, the father and the son had hardly any contact with each other.

Another story was narrated by Justice Santosh Hegde when he delivered a lecture about a year back in Yenepoya University. Describing the cruelty caused by the lengthy procedures of the courts, he narrated the story of a couple which moved the court for divorce while they were in their thirties. The final judgment came when they were in their late sixties with the judges finding no reason for divorce. He laughed expressing sympathy for the couple which would unite when their youth had already passed.

Shah Bano Verdict was of course also opposed because it asked the Government to work for Uniform Civil Code.

The decision of the Muslim community to launch the movement was perfectly justified and it happened to be the only major Muslim movement, which resulted in fruition. It should also remind Muslims that it is only through successful socio-political movements coupled with the legal course wherever required that they can live as a dignified community in the country. Further, they have to ensure that women get their rights in inheritance, which are being denied to them in the majority of the families.