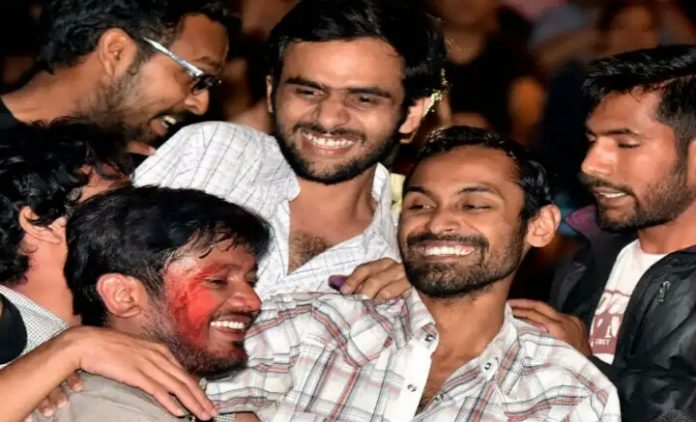 New Delhi : In a startling revelation two former students of Jawaharlal Nehru University (JNU), who were members of the Akhil Bharatiya Vidyarthi Parishad (ABVP) during the infamous February 09, 2016 event, have claimed that the student outfit had “planned” the controversy to divert the attention from Dalit research scholar Rohith Vemula’s suicide.

The duo had resigned from the student wing affiliated to the Rashtriya Swayamsevak Sangh (RSS) in February 2016 citing ideological differences.
“At the time, I remember Jatin and I, since we were Dalits, were told repeatedly to appear for TV interviews and defend ABVP after Vemula’s suicide, which we refused to do since they kept referring to him as a terrorist. With the February 9 event, they saw an opportunity to divert attention,” The Indian Express has quoted Narwal as saying.

Goriaya has alleged that before the February 9 incident, members of the JNU ABVP wing discussed how to blow up the incident on their WhatsApp group.

“The Rohith Vemula movement had put the ruling party on the backfoot and the entire JNU row was orchestrated by the ABVP to gain attention. Hashtags like #ShutdownJNU were started on social media to divert attention. It was planned by the BJP, RSS and ABVP,” he added.

Meanwhile, former ABVP member Saurabh Sharma told PTI, “They are siding with the Congress that has supported the accused. These are political moves to divert the issue. The matter is sub-judice and we are hopeful the truth will come out in the next few days.