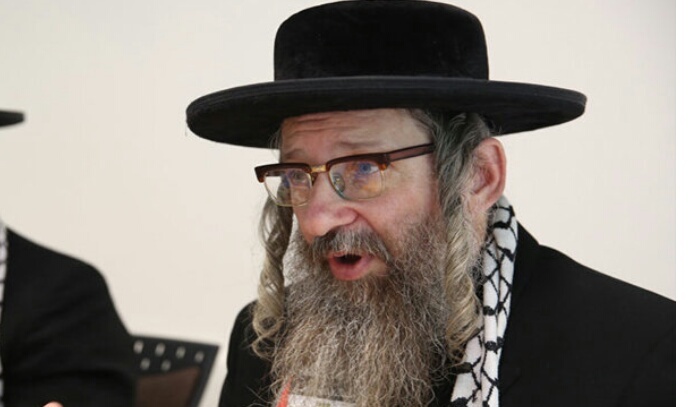 TEHRAN, May 16  – Rabbie Dovid Weiss, Spokesman of Neturei Karta International, says the anti-Zionist Jews support the return of the entire occupied lands to the Palestinian people.

In an interview with Mehr News Agency, Rabbi Weiss said the Israeli regime was established in Palestine by committing all kinds of crimes against its people, which is a violation of Jewish religious laws towards fellow human beings, adding that the anti-Zionist Jews support “the return of the entire land to the Palestinian people”

His interview was conducted on the occasion of the Nakba Day (the Day of Catastrophe) and on the eve of Quds Day when back in 1948, hundreds of thousands of Palestinians were forcibly evicted from their homeland and Israel proclaimed existence. The refugees were forced to seek refuge in Jordan, Lebanon, Syria, the West Bank, and the Gaza Strip, often without citizenship being granted.

Here is the full text of his interview:

72 years have passed since the Israeli regime’s occupation of the Palestinian lands; where is the regime standing today in terms of identity as well as the political and social status?

Before I answer the question I’d like to state our viewpoint as traditionally Orthodox Jews. We oppose Zionism because it is an anti-Jewish philosophy of building a sovereign homeland for Jews while in a divinely decreed exile, which is forbidden by the Jewish religion. Also, this homeland was established in Palestine by committing all kinds of crimes against its people, which is a violation of Jewish religious laws towards fellow human beings. We don’t support “two states for two peoples”; we support the return of the entire land to the Palestinian people. We believe that peaceful non-militant Jews will be able to live under a Palestinian state in peace.

During the 72 years of occupation, there have been different phases, from wars with neighboring countries to negotiations with Palestinians with the goal of a two-state solution (of course these negotiations were never meant to lead anywhere, and at the same time the Zionists built more and more settlements). With the future of two states completely undermined, we will be seeing more of a push for one democratic state, in which Jews will soon be a minority. The Israelis know this and that is why Netanyahu and his party have been passing laws to declare Israel the nation-state of the Jewish people. Of course, this is ridiculous because he can’t claim to represent Judaism or the Jewish people, whether they reside in or out of their state.

What do the current political crises and rifts among the Israeli authorities, as well as the regime’s undermined security, suggest?

First let’s not forget what the Almighty states in the holy Torah: “Why do you transgress the word of the Almighty? It will not be successful!” (Numbers 14:41). Going against the Torah’s command by forming a Jewish state and/or oppressing others, will not succeed in the end.

Part of the rift in politics is over the drafting of religious Jews into the army. All the secular parties are determined to draft the religious; their dispute is over whether to do it by force or to “accustom” them to it slowly. The religious have always refused to serve in the army because they are opposed to the state and its wars. There have been constant protests over this subject, and we have appealed to the UN.

As I said earlier, the Torah view is opposed to all the Israeli political parties and to the state as a whole. Our communities living in the Holy Land refuse to take any part in the State of Israel and constantly protest its illegal existence and the crimes it commits. We promote that the illegal occupation should be speedily and peacefully dismantled in its entirety.

Based on the available data on the US and Britain’s arms and financial support to the Israelis, how do you see the role of Washington and London in the formation and realization of the Zionist regime?

Unfortunately, the Zionists have succeeded in getting many countries to support them. They misused the Holocaust and the long history of anti-Jewish persecution to convince people that Jews need their own state. This is what gave them the ability to establish their state and keep it going with world support to this day while ignoring the position of authentic religious Jews in the Holy Land and around the world. We hope that this false narrative won’t be accepted much longer, but rather the world will see the truth and end the support for this unacceptable criminal State. This, with the help of the Almighty, will certainly help and accelerate the end of the occupation, speedily and peacefully.

The Israeli regime has been struggling to repel the Palestinians’ and Lebanese’ resistance movement in the past years; have the Zionists been successful in this regard? And will these efforts help Tel Aviv survive?

They have been unfortunately partially successful militarily, so to say, inflicting terrible casualties and damage. But they will never be able to stop the liberation of the Palestinian people and enjoy a truly successful occupation. They will never reach true success in their rebellion against the Almighty, as mentioned above.

Let us look at the recent history of the Palestinian people. What other people have been exiled for so long and still maintains refugee status, and (on the whole) refuses to accept citizenship or a comfortable life anywhere else? From a religious Jewish point of view, seeing the hand of the Almighty in world events, the Palestinian’s steadfast resolve shows that the Almighty is not letting the Zionists succeed. This is because of the same verse in the Torah I quoted earlier (question 2): rebellion against the Almighty will not succeed.

The normalization process of Arab-Israeli ties has been accelerated in recent years, and they are not hiding it anymore; what are the main reasons behind such measures by the Israeli regime?

We can’t comment, nor do we know, the Zionist political motives. But it is clear that one benefit to them is to make peace with one part of the Arab and Muslim world at a time so that they don’t have everyone against them at once.

The US moved its embassy from Tel Aviv to Jerusalem al-Quds in 2017; how much did this measure favor the legalization process of the Zionist regime?

We feel that the moving of the embassy was a tragic move. It does give the Zionist regime a feeling of impunity that it can now proceed to annex more and more land and get the American rubber stamp. But many Americans are not happy with this and it can eventually be reversed if enough Americans become aware of the injustice. MNA 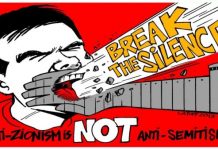 Hindutva and Zionism are ideological twins : the RSS love for exclusivism and ethnic cleansing #NoToNetanyahu

85% of Palestinian martyrs were victims of Israeli extrajudicial executions: Report