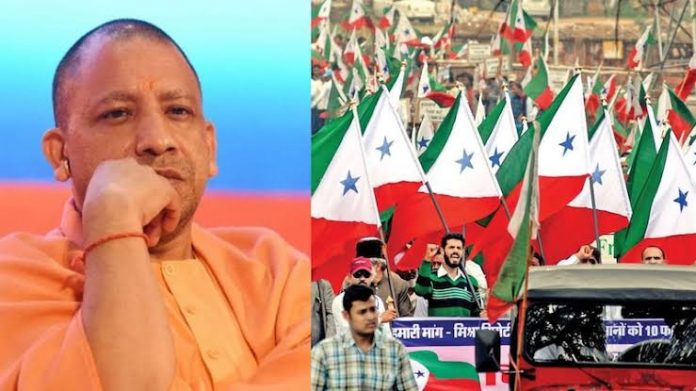 Lucknow, Feb 3 Uttar Pradesh DGP Harish Chandra Awasthi and additional chief secretary home, Avanish Awasthi, claimed in a joint press conference here on Monday that the UP police have arrested 108 members of the Popular Front of India (PFI) in the last four days for their alleged involvement in protests against the anti-citizenship law.

The arrests are in addition to the 25 PFI members arrested earlier.

Additional Chief Secretary (Home) Awanish Kumar Awasthi told reporters that, “This is just the beginning. We will get to the roots of the organisation. A probe is also going on about their financial dealings. We are in touch with central agencies and are sharing information with them. UP is the first state to take this kind of action against the organization.”

Director General of Police (DGP) Hitesh Chandra Awasthi, while giving details, said 14 people were arrested in Lucknow, 21 in Meerut, 20 in Varanasi, 16 in Bahraich, three in Sitapur, nine in Ghaziabad, six in Muzaffarnagar, seven in Shamli, four in Bijnor, five in Kanpur and one each in Gonda, Hapur and Jaunpur.

He said that the state police was also collecting evidence about the financial transactions of PFI which is also being investigated by the Enforcement Directorate (ED).

He said that they were continuously interacting with the ED and other agencies but declined to comment further on the issue.

In December 2019, UP Police had sought a ban on the PFI, suspecting the organization”s complicity in the state-wide violent protests against the Citizenship (Amendment) Act.

The ban was sought after PFI”s Uttar Pradesh head Wasim Ahmad and 16 other activists were arrested for allegedly masterminding the violence in Lucknow during anti-CAA protests.