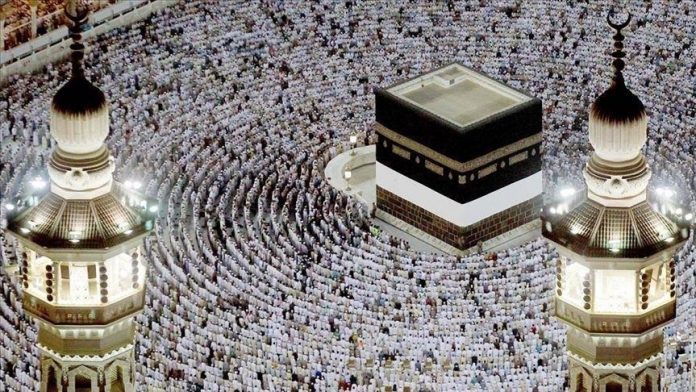 KANO, Nigeria : The National Hajj Commission of Nigeria apologized Friday to 1,551 intended pilgrims who missed Hajj because of flight delays to Saudi Arabia.

It was the first-ever Hajj that was missed by Nigerians.

Acting Director of Public Affairs of the Hajj Commission, Fatima Sanda Usara, said in a statement made available to Anadolu Agency that affected intending pilgrims include nine from Bauchi state; 91 from Plateau state; 700 from Kano state and an estimated 750 from the private tour operators sector.

The Nigerian Hajj regulatory agency expressed regret for the incident and said it would refund intending pilgrims for their fares.

“As we speak to you, over 700 international intending Pilgrims that suppose to travel to the Holy land for this year’s pilgrimage are stranded at the airports in Kano, Abuja and Lagos, because they were unable to secure aircraft that will airlift them to the Holy land,” said the President of the Association for Hajj and Umrah Operators of Nigeria, Alhaji Nasidi Yahaya Sulaiman.

He appealed to the federal government to set up a panel to review the Hajj activity from scratch because “what happened is really pathetic in the history of Hajj operation in Nigeria” and he wants to restore sanity for future operations.

Hajj is a pilgrimage to Mecca at the end of the Islamic calendar that all able Muslims are expected to complete at least once during their lifetimes.— AA