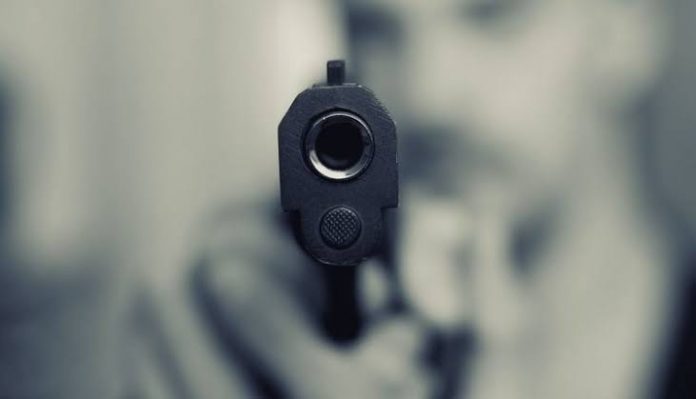 Sonbhadra  : Two journalists from leading Hindi newspapers were shot at while they were having tea at a restaurant under Raipur police station in Uttar Pradesh’s Sonbhadra district, police said.

The incident took place late Thursday evening and the two journalists were rushed to the BHU Medical College where they were said to be out of danger.

The victims have been identified as Shyam Sundar Pandey and Laddu Pandey, both in their mid-thirties.

Sonbhadra Additional Superintendent of Police (ASP), Vinod Kumar Singh said that the two journalists, Shyam Sundar Pandey and Laddu Pandey, were sitting at a restaurant located in Kaliyari market and having tea.

“In the meantime, two unidentified miscreants, who were on a bike and wearing helmets, reached the spot and opened two to three rounds of fire, injuring the duo, and fled the spot,” the ASP added.

The incident triggered off panic and the locals immediately informed the police.

ASP Singh said that the duo were first rushed to community health centre in Vaini area, where the doctor referred them to the district hospital and further to BHU Medical College.

“So far, we have not ascertained the motive behind the incident. The two journalists are out of danger and we will shortly record their statements,” Singh added on Friday.

The FIR was being registered in the case while the locals, who were at the tea shop, are also being asked about the registration and identification of the bike used by unknown assailants.— IANS