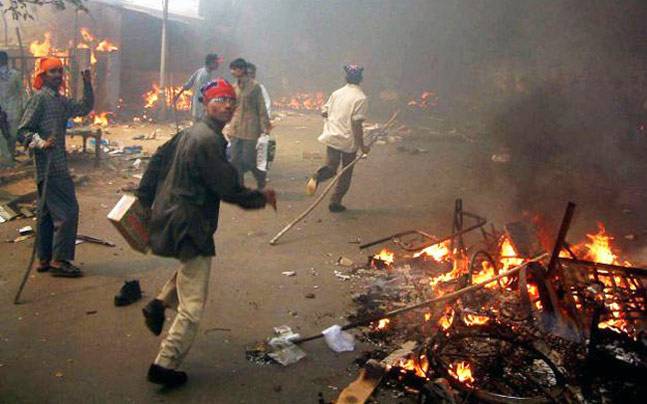 New Delhi, Oct 5 (IANS) On the intervening night of February 28 and March 1, 2002 when Gujarat was engulfed in flames, Lt. Gen Zameer Uddin Shah, met the then Chief Minister Narendra Modi, in the presence of the then Defence Minister George Fernandes, at 2 am in Ahmedabad and gave him a list of immediate requirements to enable the Army columns to fan out to restore law and order.

But the 3,000 troops that had landed at the Ahmedabad airfield at 7 am on March 1, had to wait for a day before the Gujarat administration provided the transport — during which period hundreds of people were killed.

“These were crucial hours lost,” Shah, who retired as the Deputy Chief of Army Staff, has revealed in his upcoming memoir titled “The Sarkari Mussalman” (Konark Publishers) to be launched by former Vice President Hamid Ansari on October 13 at India International Centre here.

In the memoir, a copy of which is with IANS, Shah writes that the Gujarat government requested for deployment of the Army through the Union Home Ministry and the Ministry of Defence on February 28, 2002. The then Chief of Army Staff, General S. Padmanabhan was quoted by him as saying: “‘Zoom, get your formation to Gujarat tonight and quell the riots.’ I replied, ‘Sir, the road move will take us two days.’ He shot back, ‘The Air Force will take care of your move from Jodhpur. Get maximum troops to the airfield. Speed and resolute action are the need of the hour.'”

Upon arriving at the “dark and deserted” Ahmedabad airfield, he enquired: “Where are the vehicles and other logistic support we had been promised?” He learnt that the state government was still “making the necessary arrangements”.

“The crucial periods was the night of 28th February and the 1st of March. This is when the maximum damage was done. I met the chief minister at 2 am on the 1st morning. The troops sat on the airfield all through the 1st of March and we got the transport only on the 2nd of March. By then the mayhem had already been done,” Shah, who has been conferred Param Vishisht Seva Medal, Vishisht Seva Medal and Sena Medal for his services to the armed forces, told IANS.

Asked if the damage would be lesser had the army been allowed full freedom and provided with what he had personally asked Modi for, he agreed and said: “Most certainly the damage would have been much, much less had we got the vehicles at the right time. What the police couldn’t do in six days we did in 48 hours despite being six times smaller in size than them. We finished the operation in 48 hours on the 4th of March but it could have been finished on the 2nd of March itself had we not lost those crucial hours.”

He said that he is not blaming anyone in particular. “It may take some time in arranging transport but in a situation like that, it could have possibly been done faster,” he added.

He said the police were “dumb bystanders” while the “mob was setting fire on streets and houses”. They were taking “no action” to prevent the “mayhem” that was being done.

“I did see a lot of MLAs from the majority community sitting at the police stations. They had no business to be there. Whenever we used to tell the police to impose the curfew, they never did so in the minority areas. So the minorities were always surrounded by the mobs. It was a totally parochial and biased handling,” the decorated army veteran maintained.

Asked of the political links in the riot, Shah said that he does not “want to reopen any old wounds”, maintaining that the purpose of his memoir is “to tell the facts as they happened in Gujarat in 2002”.

“It takes three generations to forget. I do not want to reopen the wounds. I have spoken the truth about police and I stand by every word I have written,” he said.

The government had told the parliament in 2005 that 790 Muslims and 254 Hindus were killed, 223 more people reported missing and another 2,500 injured during the 2002 riots in Gujarat. Shah maintains in the book that the “official figures of deaths and damage do not reflect a true picture of the actual extent of the carnage”.

The book — packed with revelations as also his personal experiences in life, both as an army man and a Muslim in India — has been endorsed by at least two chiefs of army staff, including General S. Padmanabhan.

“Many eyebrows were raised when I nominate‘ ‘Zoom’ to lead the Army complement to Gujarat. Some seniors told me of their misgivings. I told them in no uncertain terms that the choice of troops and their leader was a military decision and not open to debate. The Army moved into Gujarat, led b‘ ‘Zoom’ whose ability, impartiality and pragmatic decision making, soon brought the situation under control,” Gen Padmanabhan wrote as an endorsement of the book.

Opinion : Looking back at Gujarat 2002