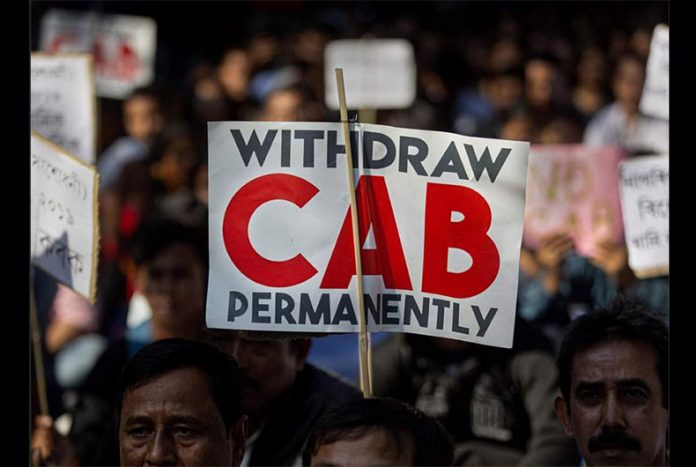 New Delhi: Expressing their resentment over the Citizenship Amendment Act (CAA), over 60 organisations have come together to launch a non-cooperation movement against any registration based on discriminatory and divisive citizenship.

To register their protest against the new citizenship law, the organisations have given a call to observe December 19 as the day to reject the Citizenship Amendment Act passed by the Parliament earlier this week.

The organisations have planned more than 100 events under a common banner, “Ham Bharat Ke Log: National Action Against Citizenship Amendment”.

On December 19 in 1947, Mahatma Gandhi visited the Ghaseda village in Mewat (now Haryana) to appeal to Meo Muslims not to leave for Pakistan.

“As many as 70,000 Muslims walked back from Pakistan border after Bapu”s promise on citizenship. Recalling their ”saajhi virasat” (shared heritage) and ”saajhi shahadat” (shared tradition of martyrdom), citizens all over the country will hold public events to reject the Citizenship Amendment Act and to demand ”saajhi nagrikta” (undivided citizenship),” the organisations said in a statement.

The organisations equated the CAA with the two-nation theory for introducing a distinction between Muslims and non-Muslims for the purposes of granting exemption for citizenship by naturalisation.

“The proposal to extend the National Register of Citizenship (NRC) to the entire country would institutionalise this divisive citizenship further. It would also be inordinately burdensome on the Indian people given the power of the documents owned by just a privileged few. We must not forget the experience of the people of Assam,” said the statement.