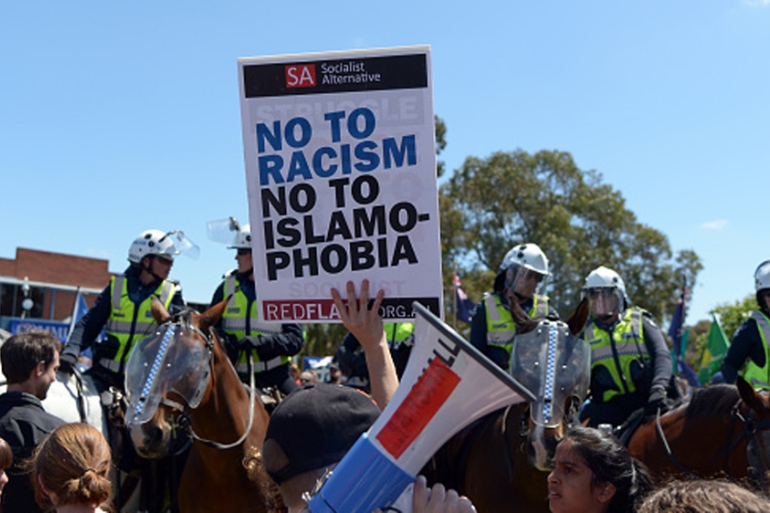 According to the report published by the Australian Human Rights Commission (AHRC), 80 per cent of the Muslims in the country have faced prejudice or discrimination

Canberra: A new human rights report on Monday revealed that majority of Muslims in Australia have experienced discrimination.

According to the report published by the Australian Human Rights Commission (AHRC), 80 per cent of the Muslims in the country have faced prejudice or discrimination, reports Xinhua news agency.

Half of 1,000 respondents to the survey said they were discriminated against by law enforcement and 48 per cent said they were targeted in workplaces or while looking for work.

One in every four said they were too scared to speak up when they, or someone they knew, experienced discrimination.

Zaahir Edries, a Sydney-based Islamic lawyer who migrated to Australia from South Africa at the age of five, said he noticed an increase in discrimination towards Muslim Australians in the wake of the 9/11 terror attacks.

“Around September 11 things changed for me quite significantly,” he was quoted by multicultural state broadcaster SBS on Monday.

“Attitudes towards my faith and my identity changed in the public sphere, so that made it difficult to interact the same way I did before.

“As a young adult at the time, I struggled to reconcile my identity as a Muslim and also as someone who was being asked to explain the events of some horrible criminals on the other side of the world, which wasn’t something we’d experienced previously,” he added.

Despite the high level of Islamophobia uncovered by the survey, 63 per cent of participants said they believed Australia was a welcoming country and 74 per cent said they felt Australian.

Chin Tan, Australia’s Race Discrimination Commissioner, said it was time for the federal government to establish an anti-racism framework.

“We believe there is a strong and powerful need for us to have a coordinated national strategy that works on many fronts to actively counter racism and discrimination at the various levels that they occur and it brings me to this advocacy that we are now putting forward to the commission about implementing a national anti-racism framework,” he said. — IANS