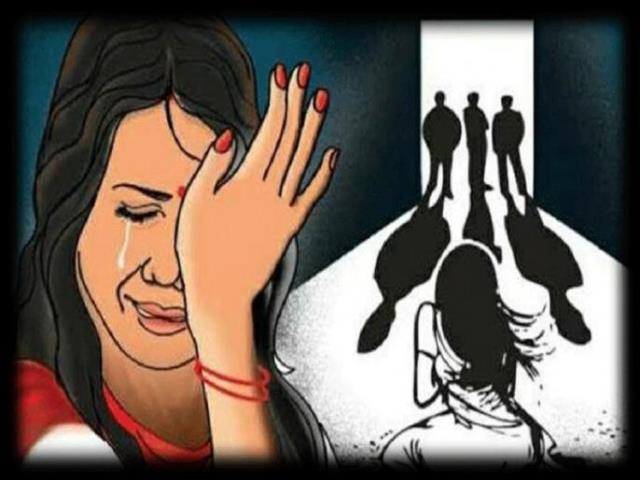 A 19-year-old Dalit woman is battling for her life in a hospital after she was dragged into a field, gang-raped and brutally attacked, allegedly by a group of men in Uttar Pradesh’s Hathras district. Her tongue was cut off and her spinal cord and neck were damaged because she was strangled with her chunni.

Four accused have reportedly been arrested in connection with the incident.

The incident took place on 14 September. Following the incident, three accused were arrested after the woman regained consciousness in an Aligarh hospital on 23 September and gave her statement to the police. The fourth accused was arrested on 26 September, Hathras SP Vikrant Vir confirmed.

“My mother, sister and elder brother had gone to a field to get some grass. My brother went home earlier with a large bundle of grass, while my mother and sister continued to cut them. There was bajra crop on either side of where they were. Soon, both women became a little distant from each other. Four-five people came from behind, they threw my sister’s dupatta around her neck and dragged her inside the bajra field,” the woman’s brother told NDTV.

“My mother realised she was missing and went looking for her. My sister was found unconscious. They had raped her,” he added.

The woman’s family, however, alleged the police did not help them initially and only acted after outrage over the case. The police have denied the allegation. The incident allegedly happened at a village in the district, some 200 km from Delhi.

“The police did not help us initially; they did not take quick action. They acted only after four-five days,” woman’s brother added.

The Uttar Pradesh Police said they acted fast in the case. “We have registered a case under (IPC) sections of gangrape, attempt to murder and SC/ST Act. The accused persons are being interrogated. We have compiled all the evidence from the spot and are in the process of filing a chargesheet. We want the family to get justice and will be submitting all documents in fast-track court for immediate action,” Vir said.