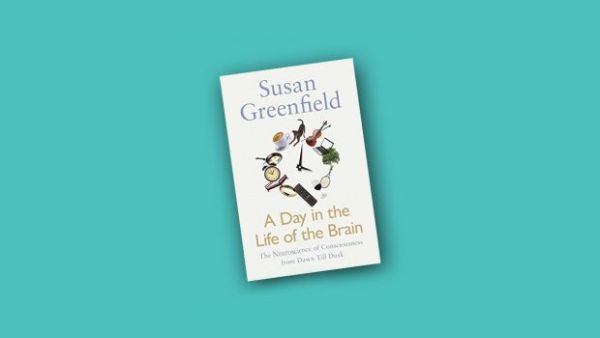 It has particular cells stimulated by pictures of Jennifer Aniston (though not with Brad Pitt) or Halle Berry, its processes are the same in cases of adolescents, schizophrenics and gamblers, and it inverts physics by processing sound faster than sight. These are among the peculiarities of the human brain, which makes us what we are.

But how does this complex collection of nerve cells or neurons connected to each other by synapses, powered by electrical sparks and influenced by hormonal chemicals, achieve this? And what is its relation with the mind, or consciousness, which interprets for us the world outside and influences our interactions with it?

This, however, is still an unmapped frontier zone in our attempts to discern our lives’ remaining mysteries. And we don’t even know the route — psychology, physiology or philosophy, says eminent neuroscientist Baroness Susan Greenfield, as she seeks to answer, in this book, what consciousness is and how it is evoked through the prism of normal activities during an average day.

Noting this issue has nagged her since the start of her academic career, Greenfield, a member of Britain’s House of Lords and senior research fellow at Oxford, also wonders what form will its answer will take.

“Yet, if someone claimed to be able to answer the question, what would I have expected to show me? A performing rat? A brain scan? A formula? Not even the most hypothetical and futuristic of scenarios could capture that essential or, rather, the quintessential ingredient: Subjectivity.”

With her previous attempts to gauge the subjective nature of mind and consciousness and how they are rooted in the physical brain — leading to her books “Journey to the Centres of the Mind” (1995) and “The Private Life of the Brain” (2002) — she notes that these missed a major brain process only discovered in the 1990s. And it is this — neuronal assemblies, or collections of neurons acting simultaneously — that she uses to try to solve this mystery.

But Greenfield who begins with stressing how mind and consciousness are not synonymous and the difficulties in getting to a definition of consciousness, abandons the latter objective to list the two ways how we can find “how this mysterious process of subjectivity unfolds in the physical brain and body”.

These are the experiment to theory, in which you could start with the brain itself and seek to “deduce some theory, or model, of consciousness from whatever physiological processes we observe” or vice versa in theory to experiment and discusses their pros and cons.

However, showing how both cannot answer the most basic question of all — of how objective brains events get transformed into subjective consciousness — Greenfield argues that this could be better served by a different approach “that gives equal weight to objective and subjective events, a common third ‘language’ where the objective and the subjective can be expressed with equal ease and reciprocity”.

And this third language, she says, needs a “shopping list from the diversity of real life, not one compiled in a contrived laboratory situation…” to look for clues as to how the physical brain deals with “various events that characterise different subjective experiences”.

Using activities spanning sleeping and waking up, walking the dog, breakfast, time at office, domestic problems, dreaming and preparing for the next day, Greenfield goes on to understand why alarm clocks wake us up, the difference between human and non-human consciousness, or between the former’s mature and infant varieties, how we process the information we get from our senses, the role of environment, effects of mental illness and stimulants, the dynamics of dreams and variations in time perception.

While Greenfield has tried to be as lucid by keeping hard scientific details out as far as possible, she notes that since the book deals with experiments, it can get technical at some points. But in spite of this and the fact that there are no definitive answers yet, even what is known or postulated about the complex and powerful computer that runs us makes for an interesting and rewarding journey.