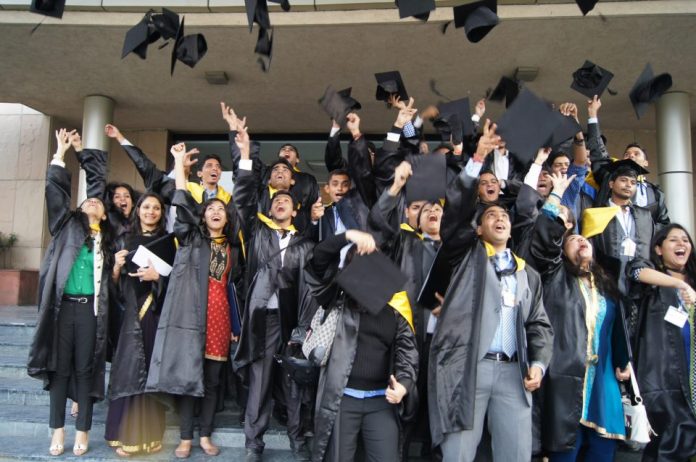 As we are working towards launching the New Education Initiative, I thought it was appropriate that I write about my background and express my opinion. I request all those members who are interested in shouldering the responsibility of becoming a member of the Board of directors of NEI, to likewise do so. This will enable the NEI members to know the Board member intimately and cast their vote.

Allow me to trace my chronological growth… I started out as a nerd in school focused on Education with an inquisitive mind. I was always among the top-ranking members in class and was also very questioning of everything. I was influenced by the presence of the Warangal District Central library in front of my home and my absorption for many hours in the same. I had virtually exhausted every book and would read each of the over 20 journals and newspapers. There was the Telangana agitation of 1969, and the school went through a period of convulsion, which was also a period of political awakening. I could resonate with the protest movement around the world against the Vietnam war and the spurt of the Left movement. My interest veered towards becoming a journalist.  I did very well in my 12th grade exam and was elated to see myself at the number one rank in the selection list of all the Engineering colleges that I had applied for … Osmania University, NIIT Warangal, Nagarjuna university (these were the main ones in Telangana and I had only applied here). I decided to ditch the more prestigious NIIT in Warangal in favor of the Osmania engineering college in Hyderabad, so I could get away from the limitations of the small town and dive into a cosmopolitan atmosphere. Staying in Osmania campus at the Engineering hostel was a great learning experience as I met bright students from all over the state and mingled with students attending diverse colleges in the campus. Here I met a great young leader … George Reddy and joined his group that discussed Social and political change. Che Guevara was one of the ideals. My interest in education waned and I got into politics and started discussing and debating. George Reddy was murdered by the ABVP, and I became a full-time activist with an emerging student group, PDSU, and soon became a leader. I and other active members became a target of the ABVP and the State. With the onslaught of Emergency, it was considered preferable to leave the city and stay in villages. Here I learned about the extreme exploitation of the Landless laborers and the Bonded Labor. I learned Telugu and was involved in organizing the Labor for their economic and social rights. I was also involved in the struggle of the Warangal based Azam Jahi Mills workers and the Road Transport corporation workers. It was a great learning period and fun time, facing many hardships and hurdles with equanimity. Towards the end of the Emergency, I was apprehended as a political detainee.  With the Janata Party winning the elections, the situation changed, and everything became normal.   I completed my Engineering and took a job as an Assistant Executive Engineer with the Andhra Pradesh Roads and Buildings dept. I worked here for 4 years.

I married Mahjabeen in 1981. My sister had left for the USA ten years earlier along with her engineer husband and had sponsored me. I came to the USA at the end of 1981 on the Green card and decided to change track and pursue Economics to have a deeper understanding of the working of Capitalism. New School for Social Research, a prestigious inter-disciplinary school specializing in social sciences in New York, admitted me into their graduate cum doctoral program. It offered no scholarship or fee reduction and I had to work to pay the high fees using loans and to fend for myself and my wife and 3 sons. After lots of odd jobs (proofreader, data entry, clerical job etc.) I got an opportunity to work as a Mathematics Teacher with the largest educational institution of the USA… the New York City Board of Education. I opted to teach the toughest adolescent inner-city kids of New York. It was no surprise to see the kids periodically return from jail or to bring guns to school. I challenged the kids, and they were a challenge to me. During this time, I was pursuing study in the evening and had passed the PhD Exam and completed the PhD Course work with a 3.5 GPA but had no time or money to complete the Thesis. I had started a social service organization called EKTA with 3 friends representing Hindu, Sikh, and Christian faiths. EKTA worked to build fraternity among all diaspora communities of New York. We would felicitate Indian social workers like Dr Asghar Ali Engineer, Swami Agnivesh, Shabana Azmi etc. After 13 years of Teaching and learning the art of Teaching (receiving awards for the same), I decided to drop out of the system when the school that I worked for, was closed due to political muddling (I was then Teaching at an Afro consciousness school called Ujama/Freedom Academy).

I got together with 2 friends and launched an IT Consulting company, TAJ Software.  However, my friends did not want to continue, and I was left with lots of debt. I worked hard and built the company from scratch. Over the course of a decade, I had sponsored around 500 IT specialists, mostly from India but also from Pakistan, Bangladesh, and Nepal (and other countries too). I became proficient in business and had the pleasure of going on business visits to many countries, including as a Business delegate to Saudi Arabia, UAE, China etc… I was made a Board member of the New York Software Industry Association.

My interest in business waned as I saw that there was no charm in it. It was not my area of interest anymore as I was not into money making. I converted my Offshore development center of Hyderabad into an IT Training center and established a Madrasa Education Initiative (subsequently converted into Mass Education Institute… www.meiindia.org). I went to the many reputed Madrasa of Hyderabad and urged them to expose their students to the learning of English and Computers at our center at no cost. As they were unwilling to oblige, I hired a number of Teachers of English and computers and sent them to the Madrasa to Teach. It was a roaring success as the Madrasa kids devoured the learning. However, this was not to continue as my business lost steam, and I was willing to forego the business. I had also seen the negative trends that business had on myself and my children and virtually gave up on it.

I did however continue my interest in Education and got myself an invitation to attend the WISE educational summit in Doha in 2017. This meeting exposed me to global education leaders and here I learned about the OOSC (Out of School Child) program that the Qatar educational agency Education Above All (EAA) was undertaking. EAA was building partnerships globally with bigger organizations to provide education to the OOSC and had a target to teach 10 million kids in 10 years.  I met the CEO and asked him to consider giving an opportunity for smaller organizations to work with EAA. He agreed and asked me to build a consortium of small organization’s so EAA could work with the Consortium. I came to India and went to meet all institutions that I could connect with, like Azam campus in Pune, Anjuman-i-Islam in Mumbai, Jamia Akkalkuwa, MAU in Jodhpur, Shaheen in Bidar, MS in Hyderabad and the MFERD member institutions. Two attempts were made to apply for the OOSC but it did not win favor. However, the attempts to do so, allowed me to connect to all the management of these institutions.

In 2019 I had requested Dr Akhila Vasan, a professional writer, to help write a third proposal for the EAA. She was actively associated with it for a while and there was a meeting held at Azam campus in this regard. At the start of the pandemic in March 2020, an online forum called FAIME had started, and I was interested in working for it. However, I found the management to be dubious and voiced my doubts. I was removed from the group. I then initiated discussion with individual members towards structuring an educational organization and started Zoom discussions. By the end of the 2020, I had formulated the NEI paradigm of building a Lead center and thence to use MOOC to convey lessons developed at the Lead center to secondary institutions that had low-quality education. Teacher’s training would be embedded as the Teacher in the low-quality school would learn from the Lesson plan devised at the Lead center and from its delivery by the Mentor teacher via a broadcast over the Internet. The students would be directly learning from the Mentor teacher and also learn from the classroom teacher, as the latter would have been trained in the process. The Teacher would be augmented with learning materials by the Lead center to enrich the classroom learning.  Subsequently we started having regular meetings and we are at this stage of launching the NEI.

I have always been a huge reader and writer on the issue of Minority Education, on Madrasa education, Vocational education, Community youth’s empowerment, Entrepreneurship, and have advocated the same at various forums and seminars. I feel very comfortable in terms of an understanding of the subject, capacity to express and meet and deliver on the subject. I have a passion for social and political change and believe that a value-based educational development will foster this. I am a global citizen at heart and believe that all humankind is one and we must respect and support ALL, notwithstanding different faith, race, class, gender, or caste.  I have a high preference for those who are destitute and vulnerable and will work to do my utmost to improve their education. My activist background and wide domestic and global connections as well as a visionary outlook, will allow me to do a good job leading NEI.