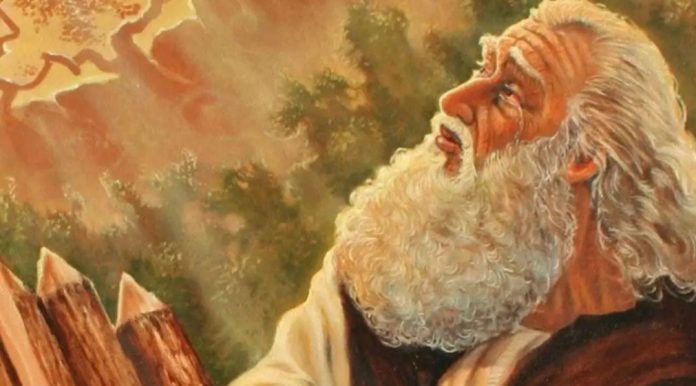 News reports about a new faith to be implemented globally, has caused consternation amongst the people and also raised questions about its validity and designs behind it.

Recently in this era of conspiracy theories, in vogue particularly after the onset of the Covid pandemic, I recently received a message on WhatsApp. The message gave a link to a report published by BBC Hindi with details about a new faith to be introduced soon in the world and which will be called ‘Abrahamia’. According to reports the new faith will likely appear in the Middle East.

Further research revealed that this not a new phenomenon but a project, and as described by the BBC was set in motion soon after the signing of Abraham Accord between Israel and the UAE, Morocco, Sudan and Bahrain normalising relations with Israel.

This new faith was purportedly denounced by the Grand Imam of Al Azhar Sheikh Ahmed Al Tayyab at the recent 10th anniversary celebrations of the Egypt Family House, an organisation devoted to promote interfaith relations and coexistence. The Grand Imam described the new faith as one, which will not have any soul, sense or guidance. Many people are still wondering that why did the Sheikh raised this issue when most of the people even don’t have a clue about it?

What is Abrahamia?
As per unverified reports Abrahamia will combine the core principles of the three-monotheistic faiths- Christianity, Islam and Judaism. The name of the alleged faith is taken from Prophet “Ibrahim, the father of the prophets” from whose family all other faiths of the book have flowed.

Egyptian General Khairat Shukri in an interview with RT Arabic has warned that the Abrahamia will allegedly unify all the faiths in the Middle East and is an evil plan made by the US and Israel.

He further revealed to RT Arabic that the Abrahamia is a new schema that is ‘not less dangerous’ than Henry Campbell’s document of 1907, which resulted in the forming of the Zionist state; saying that the new faith might be a follow up plan to the ancient Campbell’s document to force people to acquiesce and normalise relations with Israel, and it purports to solve all ‘the Middle Eastern crises.’

On social media too, the new faith has been slammed, some described the possible ideas of the Abrahamia as more of an evil plan to benefit Israel and the US as well as to force more Arab countries to normalise relations with the occupying nation.

On social media many religious personalities also have voiced their concern and called on people to stick to their faith and not be tricked into such ‘fake’ propagandas. In addition many people have pointed out the conspiracy theories angle, like establishment of a New World Religious Order- under which there will only be one major faith throughout the world, with major portions borrowed from the Judaism.

A person has linked the Abrahamia to an under construction project in Abu Dhabi, UAE which will be ready by 2022, claiming it will be the first place for the new worshippers to pray in. While another user has linked the new faith with devil worshipping claiming that it is already found among the Freemasons’ beliefs.

Abrahamic Family House
This new cultural landmark in the UAE capital, which includes a synagogue, a church and a masjid, and is meant to be a beacon of understanding and peaceful coexistence, inspired by the Document on Human Fraternity will be opened to the public in 2022.

As reported by the Vatican News website, constructed on Saadiyat Island in Abu Dhabi, the capital of the UAE, the project is closely followed by Pope Francis and the Grand Imam Ahmed Al Tayyab of Al Azhar, who have also endorsed the design.

Besides the 3 places of worship, the site includes a cultural centre that aims to encourage people to exemplify human fraternity and solidarity within a community that cherishes the values of mutual respect and peaceful coexistence, while the unique character of each faith is preserved.

In a statement Mohamed Khalifa Al Mubarak, Chairman of the Department of Culture, Government of Abu Dhabi has described the Abrahamic Family House epitomising interfaith harmonious coexistence and preserving the unique character of each faith.

Abrahamic Faiths
The Abrahamic faiths—most prominently Judaism, Christianity, and Islam—are those faiths that trace their origins to the Israelite prophet Abraham and are also called faiths of the book.

In the past both Christianity and Islam have been particularly successful at seeding any new religious movement. In Christianity, Protestantism has been an especially fertile ground for new religious movements (NRMs). J. Gordon Melton’s edited Encyclopaedia of Protestantism gives historical and cultural context for Christian-derived NRMs, while displaying the tradition’s heterogeneous nature. Although many Christian offshoots (e.g., Mormonism and Christian Science) have achieved a degree of mainstream acceptance, others, like the Unification Church and the Family International, remain on the cultural fringes.

Islam, like Christianity, is a world faith with a long history, millions of adherents, and many derivative religious sects. The two-volume Encyclopaedia of Islam and the Muslim World, edited by Richard Martin, covers the multifaceted nature of modern Islam, including the convergence of the faith with socialism, NRMs like the mystical Iranian Shaykhiyya, and “anti-cult” movements like the anti-Baha’i Hojjatieh Society. The Encyclopaedia of Islam in the United States, edited by Jocelyne Cesari, focuses on Islam in the United States. It details American NRMs like the Nation of Islam, the Muslim Peace Fellowship, and the Naqshbandi-Haqqani Sufi Order.

Global Salafism: Islam’s New Religious Movement, edited by Roel Meijer, describes the Islamic NRMs such as the Salafi and Wahhabi Muslims. Modern Islamic movements also include progressive and moderate NRMs, like the Gülen movement, originating in Turkey in the 1980s. Gülenism is a social/civic movement within mainstream Islam that advocates ideas like the separation of church and state and interfaith dialogue. It is also notable for the high level of organisation and commitment found among its members, which has resulted in the epithet “cult” being used against it.

But the moot question remains that how this new faith will be promoted and new adherents converted, as the NRMs have been unable to assert themselves as an option or alternative to any major faith, and historically each faith has labelled NRMs as deviant sects not as separate faiths.

***
Asad Mirza is a political commentator based in New Delhi.
He was also associated with BBC Urdu Service and Khaleej Times of Dubai.He writes on Muslims, educational, international affairs, interfaith and current affairs.
www.asad-mirza.blogspot.com