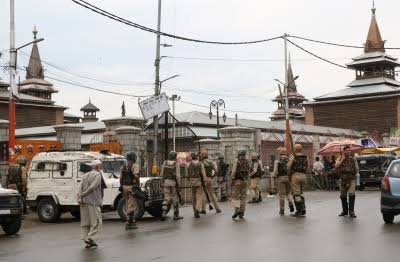 New Delhi, Jan 2:The Jammu and Kashmir government has carried out an administrative reshuffle of IAS officers including posting Navin Kumar Choudhary as the Principal Secretary, Education.

Manoj Kumar Dwivedi, a 1997 batch IAS officer, who was Secretary, Forest, Ecology and Environment, and held additional charge of Administrative Secretary, Social Welfare Department, will be the new Secretary, Industries and Commerce Department.

Hirdesh Kumar, a 1999 batch IAS officer, who was Secretary, Power Development Department, will be the new Secretary, School Education Department. He shall also hold the charge of Administrative Secretary, Social Welfare Department, till further orders.

Zubair Ahmad, KAS, who was Secretary, Culture Department, will also hold the charge of Administrative Secretary, Tourism Department, till further orders, the order issued with the consent of the Lt Governor said.