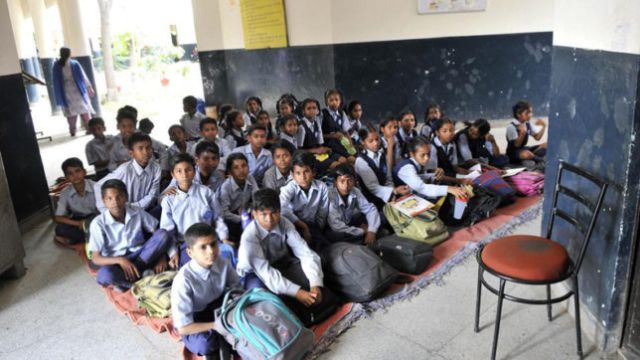 NEW DELHI : Inching closer to their goal of a universalisation of Hindu values, if not establishing of Hindu rashtra, BJP-ruled Karnataka is all set to introduce Bhagwad Gita in the school syllabus on the line of Gujarat, home state of Prime Minister Narendra Modi.

Gujarat Education Minister Jitu Vaghani has recently announced that with the aim of introducing Indian Knowledge System (IKS) in government schools, values and principles of Bhagwad Gita will be included in the curriculum from June 2022. He said in the state assembly that school students should “have an understanding of Gita and its shlokas”.

In a secular country like India where the followers of different religions co-exist in harmony, introduction of the holy book of a particular religion in the school syllabus is bound to draw flak as it does not jell with the character of the constitution.

Karnataka Education Minister B C Nagesh, reacting to the issue on Friday, said that a decision will be taken on mandating the teachings of Bhagavad Gita to school children under moral science subject after the consultation of the IANS.

Minister Nagesh stated that the demand is growing for inclusion of moral science into the syllabus of children as it has a good impact. In Gujarat, they are planning to implement it in three phases. In the first phase they have introduced Bhagwad Gita, he said.

“I will discuss with C M Bommai in the coming days for implementation of the moral science subject in the syllabus for school children,” he said.

“If everything is agreed upon, we will consult education experts and decide on the aspects and syllabus of the moral science subject. The duration of the class will also be fixed. Why Bhagwad Gita should not be taught to the children?” Minister Nagesh questioned.

However, Congress has maintained that the present syllabus has been prepared by resourceful persons and there is no need to include anything now.

D K Shivakumar, state Congress president, has stated that there are lessons on Ramayana, Bhagwad Gita and other holy books in the syllabus. There is no need to glorify anything now, he opined.

“I have opposed the National Education Policy (NEP) in the beginning. The present syllabus includes everything. There is no necessity to include anything new to it. There is nothing left for BJP to take credit in the issue. Our Late Chief Minister Kengal Hanumanthaiah had distributed copies of the Bhagwad Gita for Rs 2 earlier,” he said.– IANS