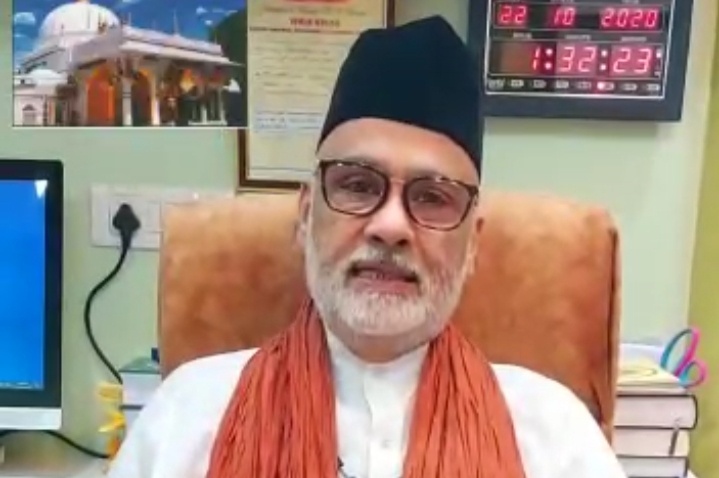 “No terrorism-related charges could be proved against them till date,” he said.

Ajmer Sharif dargah’s Khadim Syed Sarwar Chishti has expressed his solidarity with the Popular Front of India (PFI) saying that the group has been struggling to save the constitution and protect the rights of Muslims in India.

In a video that was purportedly recorded on 22 October, he lauded the role of PFI in anti-CAA, NRC movement carried across several states in the country.

“Youths associated with the Popular Front of India had to suffer for opposing the government over the CAA and NRC. Various charges were invoked against them,” he added

“No terrorism-related charges could be proved against them till date,” he said.

He raised serious concerns over the arrest of Kerala journalist, Siddique Kappan, along with three others. They were arrested by the Uttar Pradesh police on 5 October when they were on way to the village of a gang-rape victim in the state’s Hathras district. The police said they were going there to orchestrate “caste riots”. The police have so far invoked charges under several stringent laws such as UAPA and sedition law.

He stated that the PFI was being targeted by government authorities because they pour their efforts to protect Muslims’ rights in the country.

Chishti maintained that he is not a member of PFI or SDPI (Social Democratic Party of India) but he supports them because they have stood against anti-Islam and anti-Muslim forces in the past few years.

He further praised other Muslim organisations, Jamiat Ulama-e-Hind and Jamaat-e-Islami. He said that Jamiat Ulama-e-Hind poured it’s efforts to rehabilitate victims of the anti-Muslim Delhi riots and that it extends legal support to “oppressed Muslims” who are behind bars on terrorism-related charges.

In an apparent reference to the Muslim leaders who oppose the PFI, Chishti said they have always supported anti-Islam and anti-Muslim elements and never stood against RSS, Bajrang Dal and Shiv Sena.

He said the dargah has always supported communal harmony and universal brotherhood. With this, he added, “I stand for the week and at the present Muslims are persecuted”