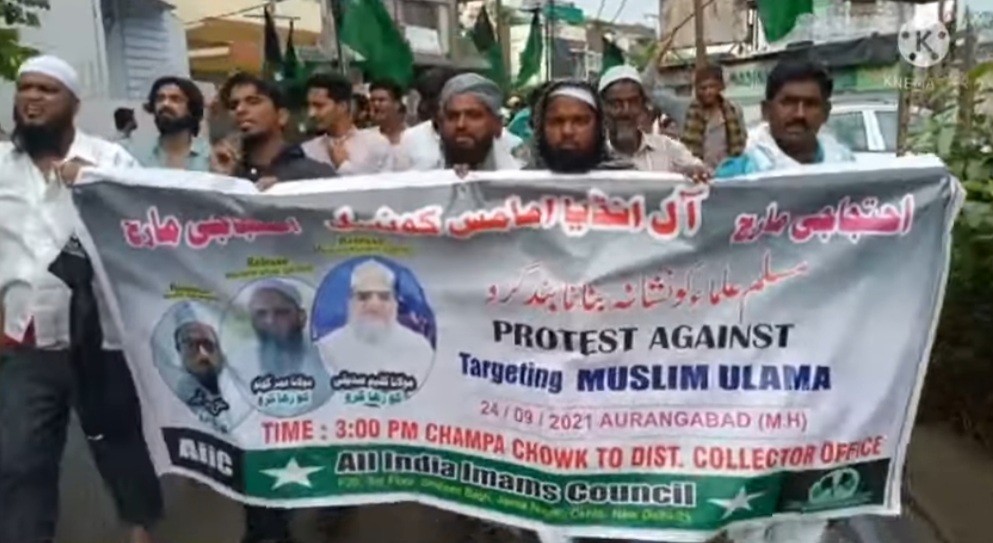 The All India Imam Council on Friday held protests across India against the “government for targeting of Muslim Scholars.” Protest  marches were held in Pune, Malegaon, Aurangabad, Nanded, Beed and Patna. The council said that the government’s action on Muslim leaders is a matter of grave concern.

During a march in Beed Maharashtra, Mufti Asif said that Muslim scholars have been targeted by the BJP government and booked under cases which had no evidence.
“The BJP government is doing all this to frighten Muslims,”

The Aurangabad wing of the All India Imam Council said that they condemn the “witch hunting” of Muslim leaders.

“ATS arrested Maulana Kaleem without any notice… nobody was aware of his whereabouts for the next six hours, this is undemocratic,” the council said. “We will stand for our rights, no matter what”.

While addressing media, state president of the council, Mufti Ikramuddin Qasmi, strongly reacted to the arrest of Maulana Kaleem Siddiqui.

“UPATS is working in an unconstitutional and aggressive manner. It is condemnable to take such a step by accusing him of conversion and external funding. Day-to-day arbitrary arrests targeting one community will weaken the governance of the country and create mistrust among the people,” he said.

While addressing a press conference, Dr. Hifzur Rahman, Bihar State General Secretary of NCHRO, a leading human rights organization, said that “it was a blatant step through which a conspiracy is being hatched to intimidate the Muslim society and stop their human welfare activities”. 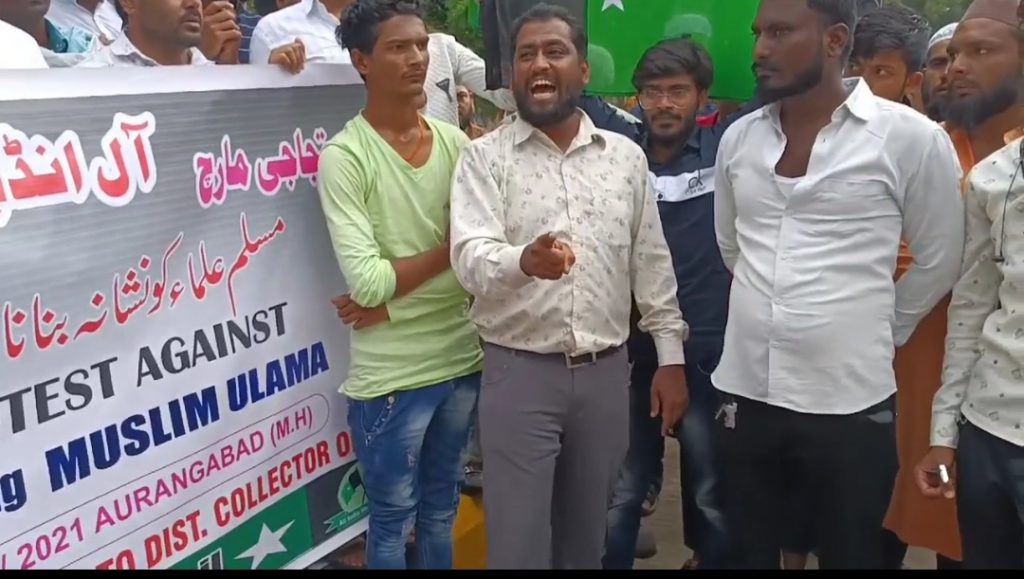 Saifur-Rehman, member of Campus Front of India National Committee and Afzal Rehmani, a social activist from Patna and officials of Imam Council said,“ Maulana Kalim Siddiqui is the one who is bringing laurels to India at home and abroad and is a strong force in creating social harmony and has been playing a role Arresting them on the way is a very criminal act, behind which the Sangh Parivar conspiracy is working,”

“Maulana Kaleem Siddiqui should be released immediately, UPATS should apologize for illegal encroachment and UP government should take legal action against corrupt officials of ATS,” he said.

“There is an appeal to the leaders of all national organizations, social workers and the Indian public to raise their voice against such criminal arrests in time,” the Council said.