Noted Islamic scholar Allama Sayyid Muhammad Husayn Tabatabai prepared a combination of all streams of Islamic thought processes while stressing on the implementation of ethical values in life for the attainment of peace and tranquility, said Ayatullah Reza Ramazani, Secretary General of Tehran-based Ahlul Bayt (A.S.) World Assembly, while encapsulating the thoughts and writings of the 20th century scholar.

Delivering his keynote speech during the International Symposium on life and work of Tabatabai, Ramzani said that the Islamic thinker was of the view that if a person “follows and implements the divine message on ethics he will attain peace of mind”. The seminar was held jointly by the Department of Islamic Studies (JMI) and the Humanities Advanced Studies Institute (HASI). 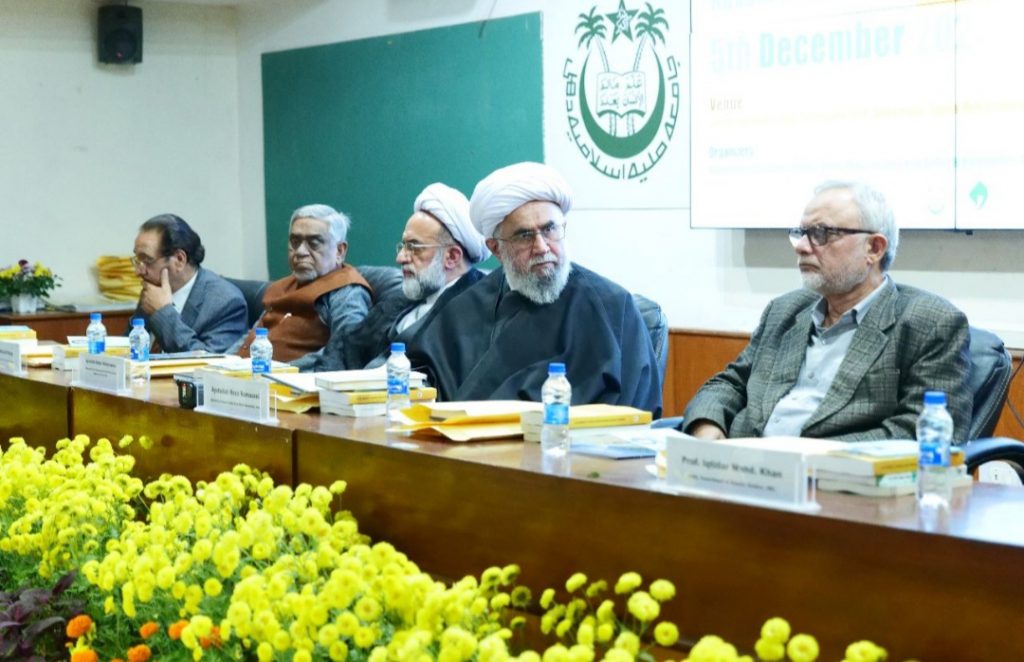 Allama Tabatabai’s thoughts and writings have enlightened intellectuals of all hues and hugely influenced millions of people seeking to embark on a spiritual journey to discover “self” and understand the world outside. However, the Iranian Islamic scholar was not only a man of spiritual bearing and intellectual acuity, but he also had a deep understanding of Western hegemony and post-colonial imperialism.

Philosophy is the mother of all sciences; Allama Tabatabai used this science frequently to interpret Islamic thoughts. He wrote widely on philosophy, morality and spirituality. He was of the view that if anyone wants to discover the God, he must know the philosophy, said Prof Latif Lateef Kazmi, ex HOD, Department of Philosophy, AMU.

Lauding the interpretation of Holy Quran by Tabatabai, Professor Ishaq, former HOD of Islamic Studies, AMU, said, ‘The most important work done by Tabatabai is his ‘20 Volumes of Tafreesul Meezan’ which is very unique as Allama preferred to explain the verses of holy Quran with another verses, which is called Tafseerul Qural bil Quran. Allama also tried to emphasize on ‘Unity In Deen’ and ‘Unity of Ummah’ through his writings.

‘Ironically we give acknowledge great personalities only once they pass away; this seminar is just an effort to pay the long due on us on behalf of Allama Tabatabai,Tafseerul Quran is the most distinguished effort to understand Holy Quran through Quran itself’ said Professor Emeritus Akhtarul Wasey. Lot of people wrote commentary of Holy Quran, but one gets recognition and respects only when his personal relation with Almighty Allah is strong and Sayyid Tabatabai belongs to that category of commentators. Allama was of the view that only knowledge can turn a man into a Satan, but Quran turns a man into a good human being, he added.

Allama Tabatabai produced many students who are great scholars themselves, like their pupils this gathering is itself a Sadqa e Jaria for him, said Prof Wasey. 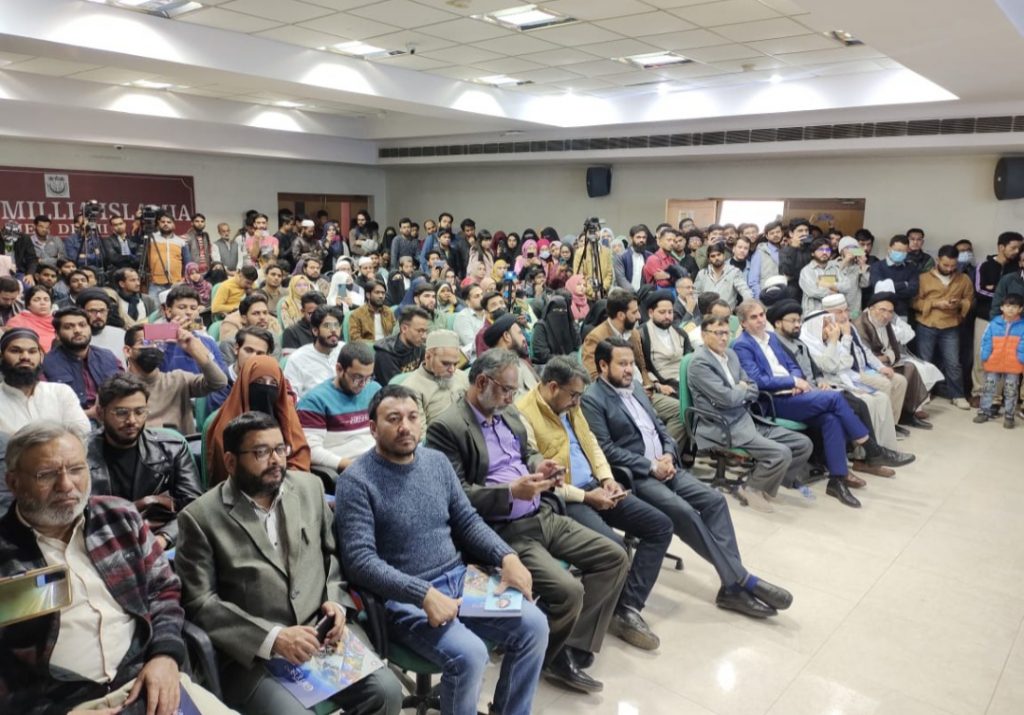 He also praised representative of the Supreme Leader of Islamic Republic of Iran, Ayatullah Mahdi Mahdavipour, under whose guidance Iran Cultural House is not being used only for political or diplomatic purpose, but it’s being used to spread knowledge and scholarship and this gathering is a testimony of that, prof. Wasey added.

Ayatullah Mahdi Mahdavipour, in his presidential address, said that ‘Sayyid Muhammad Husayn Tabatabai does not belong to any particular place or region, but he belongs to entire humanity. He was well versed in Maaqool and Manqool form of knowledge. He used the Quran and the sayings of the Prophet (SAW) as source of reference.

Allama Tabatabai was of the view that a man should not worship Allah out of fear, or to get something as reward but he should worship Allah for love, affection and gratitude, said Mahdavipour.

The most important of point of his writings is that he focused mostly on character building. Allama was of the view that the universe is itself the recognition of its creator. Allama was of this view that ‘A man must understand that he was created to visit this world and a world which will follow. For this, purification of heart and souls is must for human being that’s why philosophy and Islamic teachings answer this basic question’.

Academics and literary personalities from India and Iran as well as scholars, teachers and students of different universities, religious, cultural intellectuals and social scientists graced the occasion. Several books in English and Urdu highlighting the works and thoughts of Allama Tabatabai were formally released.

A large number of university scholars and teachers were present in the conference. Students from Jamia Millia Islamia, Delhi University and Jamia Hamdard also participated in large number.