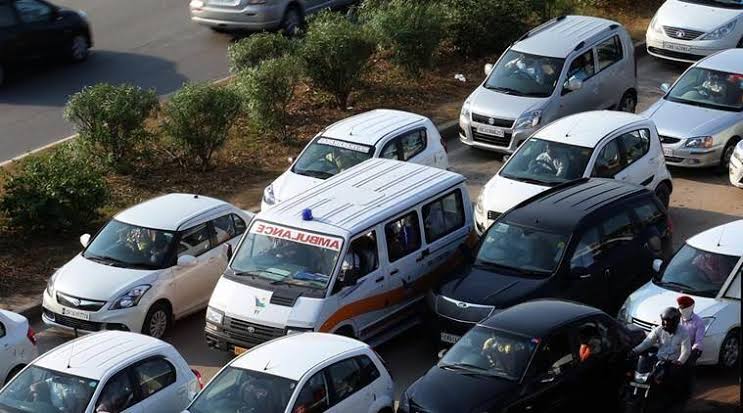 CHENNAI:  After the main road in Rajiv Gandhi Salai and its arterial roads were blocked for the visit of President, Ram Nath Kovind, an injured worker was carried on stretcher by paramedics and motorists. The ambulance in which he was taken from the TIDEL park site where he suffered the injury to the VHS hospital which is a kilometer away, could not overcome the roadblock due to piling up of vehicles.

The incident which happened on Monday led to reactions on social media with several users blaming the administration for not providing proper inputs to the people on the VVIP visit and the duration of the roadblock.

Pushpa Subramanian, a software professional who used to take the Rajiv Gandhi Salai was stuck in the traffic as roads were blocked. While speaking to IANS, Pushpa said, “We can understand the security required for a VVIP visit but the police have not informed the public properly so that we could have planned our journey. It is learned that the roads were blocked since the President left Raj Bhavan and was kept like that till he returned after a one and hour-long programme at the Legislative assembly.”

It is to be noted that the traffic enforcement police had blocked vehicle movement on Kottapuram High Road and on Rajiv Gandhi Salai and vehicular movement was affected in total. Motorists said that in the busy Anna Salai there was a long queue of vehicles which extended up to three kilometers. -IANS