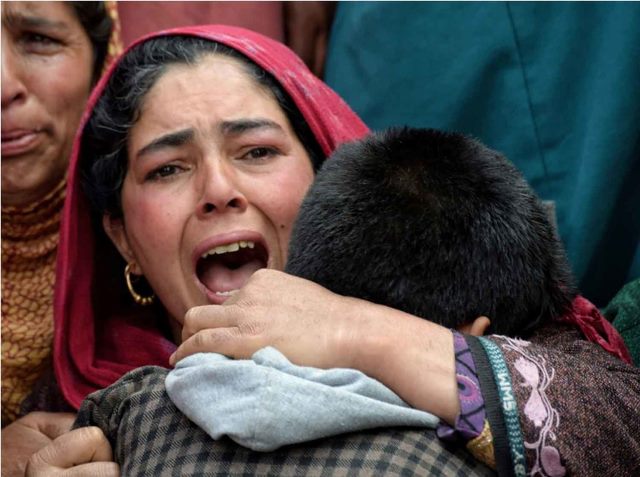 New Delhi/Bengaluru: On the first anniversary of the unilateral scrapping of Article 370 of the Indian Constitution, Amnesty International India on Wednesday released a well documented report highlighting the “heavy-handed tactics’ of the Government of India to “quell the dissent and ruthless attempts to create a public opinion of ‘normalcy” in Jammu and Kashmir.

Amnesty said the Government of India must immediately release all political leaders, journalists and activists from administrative detention, restore 4G mobile internet, decongest prisons and launch a prompt and independent investigation into the attacks on journalists in the troubled state.

After interviewing a dozen journalists and gathering corroborating evidence from news reports – both print and digital and Right to Information applications, Amnesty released its  third and final report  in a series on the situation in Kashmir since August 5, 2019.

The 28-page report titled ‘Situation Update And Analysis’  is indicative of the various challenges in the region of Jammu and Kashmir – covering detention of political leaders, severe clampdown on freedom of press, protracted restrictions to internet access and its resulting impediment in access to healthcare, education and justice along with challenges thrown up due to COVID-19 in prisons and the closure of other autonomous bodies.

Avinash Kumar, Executive Director, Amnesty International India, alleged that “Over the last one year the Government of India has been systematically dismantling all avenues for justice for the people of Jammu and Kashmir. With zero representation, protracted internet restrictions, arbitrary use of some of India’s most stringent laws, verbal orders of detention and crippling of the local media – most of this disproportionately higher in Kashmir – it’s been a complete year since we have heard the people of Jammu and Kashmir speak”

On 5 August 2019, the Government of India unilaterally revoked Article 370 of the Indian Constitution which guaranteed special autonomy to Jammu & Kashmir and bifurcated the state into two separate union territories, bringing the region under the direct control of the central government. All these amendments and changes were made amidst a complete communication clampdown, restrictions on movement and mass detentions in the region.

Amnesty said it acknowledges that India may have legitimate security concerns which may merit reasonable restrictions on the right to freedom of expression in certain circumstances.  However, it pointed out  that  these restrictions must always be limited in duration and demonstrably proportionate as set out under Article 19 of the International Covenant on Civil and Political Rights (ICCPR), to which India is a state party.

“However, in an absolute violation of India’s international obligations, the entire population of Kashmir has been deprived of their right to freedom of expression and opinion through protracted communication restrictions since the last one year. This has been compounded by a censored media, continuing detention of political leaders, arbitrary restrictions due to the pandemic with little to no redressal,” the report stated.

Despite moderate ease of restrictions in 2020, the government’s near-total control over the information coming out of the region was strengthened through use of repressive laws such as the Jammu & Kashmir Public Safety Act (PSA) and Unlawful Activities (Prevention) Act (UAPA), it added.

The report documented physical attacks on, harassment and intimidation of at least 18 journalists since 5 August 2019.

It further said that “The draconian media policy introduced by the government in the region which openly aims to create “a sustained narrative on the functioning of the government in media” by checking on “anti-national activities, fake news and plagiarism” has further extinguished independent media in the region”.

After gathering information from various digital and print media, Amnesty found that at least 70 political leaders – cutting across a wide political spectrum – were placed under administrative detention.

However, it could not find a single case of detention of a political member belonging to the Bharatiya Janata Party (BJP) – the current ruling party in India. While most of those arrested have been subsequently released, many continue to be in detention on the basis of verbal orders or repressive laws such as the PSA. This is in complete violation of their fair trial rights guaranteed by the ICCPR and Indian Constitution.

The report highlighted that the most political leaders  release was made possible through signing of bonds that restrict them from indulging in any political activity including making political speeches, is also as problematic as their detentions.

Under international law, political speech cannot be prohibited unless it constitutes a direct threat to public order, which has not been adequately demonstrated by the Indian government in the orders accessed by Amnesty International India.

Forced to transition from one lockdown to another, government policies during the COVID-19 pandemic have further marginalised the people of Jammu & Kashmir and severely affected their access to justice.

Between 2016 and 2019, Amnesty International India found that more than 300 habeas corpus petitions were filed against unlawful detentions before the Srinagar wing of the J&K High Court.

However, as on 4 August 2020, only 11 habeas corpus petitions have been filed. This sharp fall may be attributed to the punitive emergency measures invoked by the government to curb the COVID-19 pandemic but also the lack of hi-speed internet required for uninterrupted online hearings.

The closure of the State Human Rights Commission along with six other commissions, including the State Commission for Protection of Women and Child Rights, has further left the people of Jammu & Kashmir with absolutely no redressal for their human rights violations.

The report stated “The Government’s ruthless attempts to create a public opinion of ‘normalcy’ while curbing the freedom of independent press, imprisoning the entire political leadership, arbitrarily arresting those likely to dissent and imposing communication restrictions have usurped the voice of the region”.

It also demands the end of criminal investigations against journalists under PSA and UAPA and withdrawal of the new media policy. It further calls on the government to immediately and unconditionally release all persons, including political leaders, deprived of their freedom solely for the peaceful enjoyment of their rights to freedom of expression, association, peaceful assembly, belief or equality and non-discrimination as they should not have been detained in the first place.