Recently Anjuman was given  “Sir Syed Excellence National Award” by the  Aligarh Muslim University (AMU)  on the occasion of  birth anniversary of its founder  Sir Syed Ahmad  Khan at a virtual ceremony. During its 145 years of journey Anjuman-E-Islam played a very effective role in the field of education. 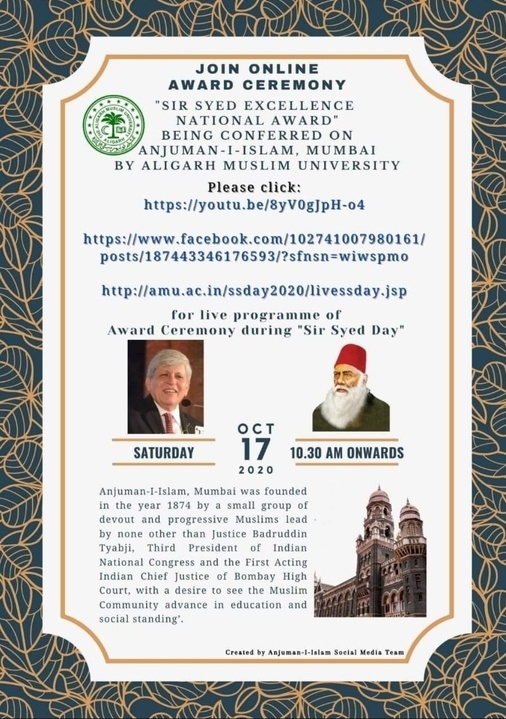 Dr. Zaheer Kazi, the president of Anjuman expressed happiness over the recognition of the institute by AMU and thanked the University administration for the honour given to Anjuman-E-Islam.

He said that credit of this honour goes to its founder and all serving members of the society and its staff.

‘It is focusing on empowerment of women through skill development for decades as we have 40% girl students and 80% female teaching faculty ‘ he added.

About his 11 year tenure Dr. Kazi said, the organization has rapidly expanded and managed to establish huge infrastructure at Panvel, near Mumbai and other mega projects including Colleges of Engineering, Pharmacy and Architecture, College of Law, historic Karimi Library and Sobani Hostel etc.

Dr. Kazi proudly shared that Anjuman’s Saif Tayyabji Girls School (Mumbai) is among 500 beneficiary schools of India which has got central govt’s aid to set up Tinkering Lab under Under “Atal Tinkering Lab Scheme. 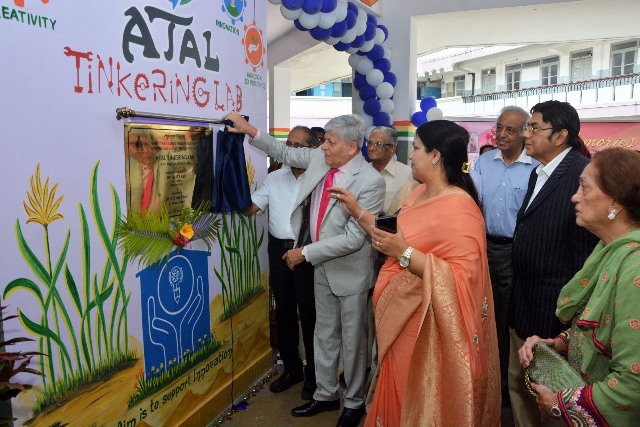 Atal Tinkering Lab (ATL) is a central government of India initiative to create an environment of scientific temperament, innovation, creativity amongst Indian students. It is a step towards a new India that will embrace and encourage novel and innovative ideas and inventions.It was inaugurated by nuclear scientist Jayaraman AP on 4th July 2018.

Swedish scientist,  King and Queen Visited on 5th Dec 2019. Mrs Jill Biden (second lady of US) wife of Vice President of the United States of America spent three hours with the students and lauded science experiments.

According to Akif Dafedar,  a  teacher in the technical school, Anjuman is a symbol of secularism because teaching and non-teaching staff belonging to other religions work with society in a large number and give  their best. He said that It is also nationalistic organisation which participated in the freedom struggle of India. I congratulate the management and all the teachers for this award of excellence from AMU.

Speaking to Muslim Mirror, IAS Farida Naik , an alumnus of Anjuman praised the efforts of this education society and congratulated  over Sir Sayed Excellence award. She says, policies  of Anjuman have always been forward looking, in 1985 when I was in std X teachers had started English speaking classes for Urdu medium students to face the hurdles of higher studies, Farida recalled. Farida Naik is currently posted at New Delhi as a Director in the Ministry of Mines.

In his message to other educational institutions Dr. Zaheer Kazi said, we should adopt less teaching and more learning and learning beyond classroom methods. Our students should become global citizens.