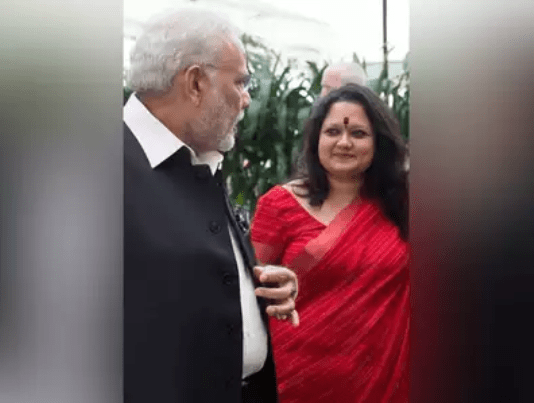 New Delhi: Main opposition Congress on Wednesday said Ankhi Das’s departure from the Facebook is not enough, the social media giant must demonstrate its neutrality through a thorough revamp of its institutional processes and standing operating procedures. Das was accused of acting in politically partisan manner to aid the ruling BJP as a head of Facbook’s Public Policy in India. Party said the company should take steps to curb false, polarizing and hate news/content spread rampantly on its platform.

The social media company said on Tuesday that   she has been stepped down from her post who was at the center of a political storm after the American media exposed her ‘wrong doings’ in the Facebook.

On August 14th, the American newspaper Wall Street Journal had reported substantively and conclusively on the blatant biases of Facebook India’s team headed by. Ankhi Das and her political partisanship towards the ruling party and its leader, by way of willful propagation, sustenance and spread of fake and hate news and content.

There were 2 more articles in Time magazine and Wall Street Journal, reiterating these issues with Facebook India.

She accused by company insiders of having intervened to block action against BJP MLA from Telangana A Raja for his Islamphobic and hate posts.

Congress, which raised the issue forcefully and   dispatched strong letters to the Facebooks after WSJ and Time magazine revelations, said it welcomes her resignation.

It is to recall that former Congress President Rahul Gandhi first brought this matter to the attention of the Indian public through his tweet on August 16. The party then held a press conference and demanded a Joint Parliamentary committee to be set up to hear into and look into the issue.

Shockingly and also in a blatant ‘give away’, the Minister of Information & Broadcasting was among the first to defend Facebook India publicly,  Venugopal said.

The fact that a Minister of the Government of India rushed to defend an allegation made against a private American company by an American newspaper exposed the nexus between Facebook India and the ruling party, he added.

Subsequently, the Congress party wrote two formal letters to the Chairman of Facebook Inc, Mark Zuckerberg urging him to look into the matter seriously. Responding to this, Facebook Inc. reiterated its neutrality and promising due action.

In this context, the Congress welcomes the change in Facebook India’s leadership team, Venugopal said.

However, the matter will not be resolved by just changing one individual. Facebook must demonstrate its neutrality through a thorough revamp of its institutional processes and standing operating procedures, he emphasized.

He also wanted that the company should ensure fool proof checks and balances that cannot be tinkered by an individual’s whims and political leanings.

It must also outline steps taken to curb false, polarizing and hate news/content spread rampantly on its platform threatening India’s social harmony, he further pointed out.