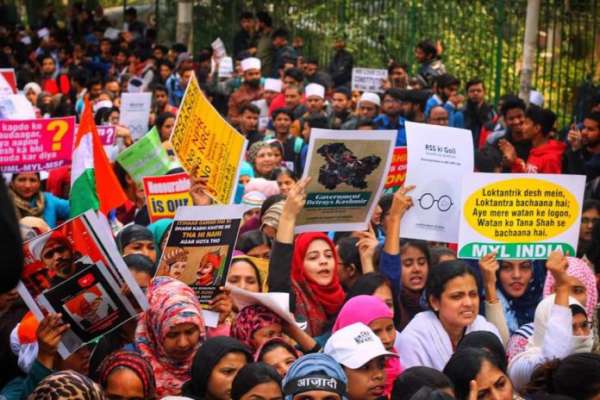 “… it is revealed that accused Shifa Ur Rehman received funds from members of alumni association of Jamia Millia Islamia based in Middle East countries and he was co-coordinating at the protest sites,” the Delhi Police Special Cell said in its application to seek 12-day police remand of the accused.

Seeking his remand, police told the court that Rahman”s name had popped up during the questioning of Ishrat Jahan, Khalid Saifi, Meeran Haider, Safora Zargar, Gulfisa, Tahir Hussain, and three members of the Popular Front of India (PFI).

Rahman along with JMI members, namely Areeb and Badre Alam, and other members of JCC visited various protest sites in Delhi to coordinate the protests.

During questioning, he allegedly admitted that he was president of AAJMI (Alumni Association of Jamia Millia Islamia) and member of JCC (Jamia Co-ordination Committee).

Police also claimed he admitted that he was actively involved in recent anti- CAA/NPR/NRC protests organized by the JCC with the support of several other student groups/organizations which finally resulted in the riots.

While the Crime Branch of the Delhi Police is investigating the February riots, the Special Cell is probing the larger conspiracy behind the same.