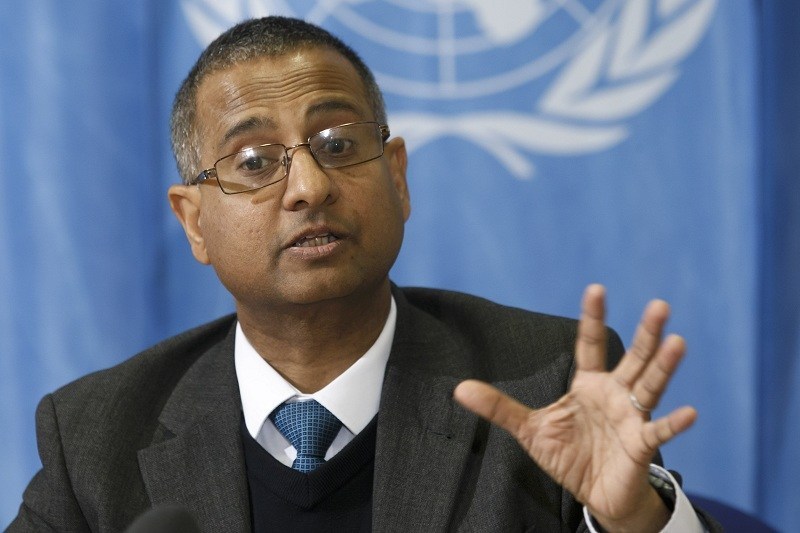 GENEVA – Following the 9/11 terrorist attacks and other horrific acts of terrorism purportedly carried out in the name of Islam, institutional suspicion of Muslims and those perceived to be Muslim has escalated to epidemic proportions, a UN expert told the Human Rights Council today.

The UN Special Rapporteur on freedom of religion or belief, Ahmed Shaheed, said numerous States ­­­— along with regional and international bodies ­— have responded to security threats by adopting measures which disproportionately target Muslims and define Muslims as both high-risk and at risk of radicalization.

“Islamophobia builds imaginary constructs around Muslims that are used to justify state-sponsored discrimination, hostility and violence against Muslims with stark consequences for the enjoyment of human rights including freedom of religion or belief,” he said.

In a report to the Council, Shaheed said widespread negative representations of Islam, fear of Muslims generally and security and counterterrorism poli­cies have served to perpetuate, validate and normalize discrimination, hostility and violence towards Muslim individuals and communities.

“In such climates of exclusion, fear and distrust, Muslims report that they often feel stigma, shame and a sense that they are ‘suspect communities’ that are being forced to bear collective responsibility for the actions of a small minority,” he said.

The report cites European surveys in 2018 and 2019 that show an average of 37 percent of the population held unfavourable views of Muslims. In 2017, some 30 percent of Americans surveyed viewed Muslims in a negative light.
Shaheed said that Islamophobic discrimination in both the public and the private sphere often make it difficult for a Muslim to be a Muslim. Disproportionate  restrictions on the ability of Muslims to manifest their beliefs, the securitization of religious communities, limits on access to citizenship, socioeconomic exclusion and pervasive stigmatization of Muslim communities are among the pressing concerns noted in the report.

In Muslim minority states, he added, Muslims are frequently targeted based on visible ‘Muslim’ characteristics, such as their names, skin colour and clothing, including religious attire, including headscarves.

Shaheed said that Islamophobic discrimination and hostility were often intersectional, such as where ‘Muslim women may face a “triple penalty” as women, minority ethnic and Muslim’. “Harmful stereotypes and tropes about Muslims and Islam are chronically reinforced by mainstream media, powerful politicians, influencers of popular culture and in academic discourse,” he added.

The report emphasised that critiques of Islam should never be conflated with Islamophobia, adding that international human rights law protects individuals, not religions. The criticism of the ideas, leaders, symbols or practices of Islam is not Islamophobic per se; unless it is accompanied by hatred or bias towards Muslims in general, Shaheed said.

“I strongly encourage States to take all necessary measures to combat direct and indirect forms of discrimination against Muslims and prohibit any advocacy of religious hatred that constitutes incitement to violence,” the UN expert said.