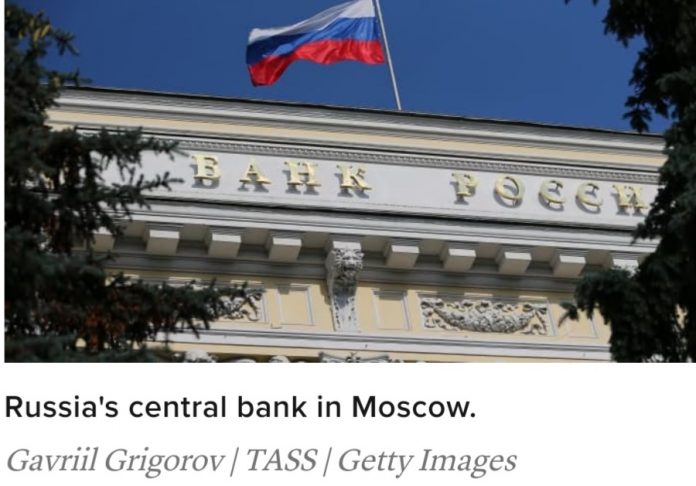 New Delhi: As the country struggles to comply with sanctions put in place by the US and its NATO allies over the ongoing conflict in Ukraine, Russian authorities are considering licencing new non-credit financial enterprises that specialise in Islamic banking. It’s possible that the Central Bank will act as a regulator.

Islamic banking is a growing industry that might help state-run banks damaged by Western sanctions attracts international investors from Muslim-majority countries and serves domestic clientele. A new law to regulate Islamic banking is now being prepared in Russia.

The non-credit banking institutions will serve as financing partnership organisations (FPOs) and offer their clients financial solutions that comply with Sharia, according to a TRT World report that cited a report from the widely read Russian newspaper Kommersant.

According to the report, the Russian Central Bank, which would maintain a registration of all such businesses and supervise their operations, would have control over the FPOs.

The draught legislation may be passed by the Lower House by the end of the week, according to Anatoly Aksakov, the chair of the State Duma Committee on Financial Markets.

Islamic banks are governed by moral and religious principles, and they forbid interest payments and financial speculation. A $1.99 trillion market value is projected for the worldwide Islamic banking industry, which is expanding at a rate of 14% yearly. It holds a 6% market share in the non-Islamic international banking sector.

Qatar, Turkey, Indonesia, Saudi Arabia, Malaysia, United Arab Emirates, Kuwait, and Pakistan together account for 93% of all Islamic banks’ assets. The United Kingdom saw the establishment of the first Islamic bank outside of countries with sizable Muslim populations in 2004.

The proposed legislation would allow these organisations to partner with individuals and businesses to raise money for investments in projects that adhere to Islamic law. The Bank of Russia, according to the newspaper, is open to innovation but prefers to test the new system first on a small number of firms.

The bill states that because Islamic law forbids lending money at interest, banks and other credit institutions cannot offer this service using their usual products.

The following services will be offered by FPOs: providing money loans to individuals and legal entities without charging a fee; financing them as a trade intermediary by entering into instalment sale or leasing contracts; financing production and trade activities by taking part in the share capital of legal entities on a partnership basis; and providing sureties.

“In the new situation characterised by cutting ties with Western financial markets, the need of Russian citizens, the companies of the real economy, and financial institutions in the tools of (Islamic) financing partnership is growing,” the authors of the bill say.

Russian Islamic finance has long been a topic of discussion.

The idea of introducing Islamic banking in Russia has long been discussed.

It was announced that a working group on Islamic finance would be formed by the State Duma Committee on Financial Markets in the spring of last year. In order to encourage the influx of funds from the UAE and other Islamic nations, it was intended to adopt a limited number of adjustments to the regulations. Elvira Nabiullina, the head of the central bank, stated in a speech to the Federation Council at the end of November 2014 that the Bank of Russia is looking into the possibility of implementing legislation for Islamic banking.

A regulator believed it was possible to progressively expand the system of funding partnerships, including by establishing the framework for the regulatory experiment, according to a regulator spokeswoman who talked to the newspaper.

The growth of lending to the economy and the development of the financial sector will both benefit greatly from this, she predicted.