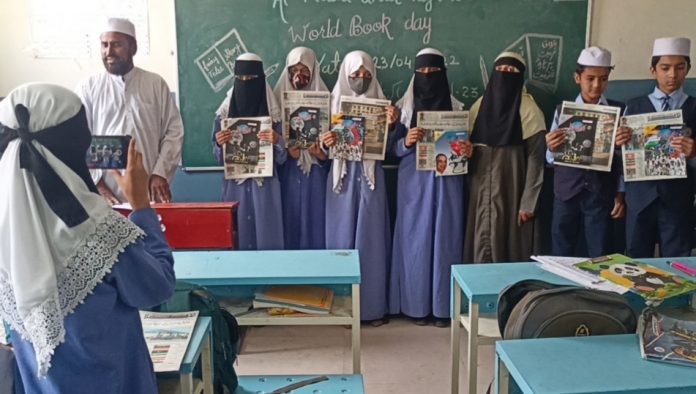 Aurangabad:  On World Book Day, the Maryam Mirza Mohilla (neighbourhood) library movement commemorated the occasion with zeal. Several book reading and distribution activities were held in city mosques and Urdu schools under the auspices of the Read & Lead Foundation.

The Foundation’s President, Mirza Abdul Qayyum Nadvi, announced the commencement of a “Book at Home, Book at Every Home” campaign at the event. He stated that the book-reading awareness campaign is only getting started because today’s young generation is losing interest in reading due to the introduction of new electronic gadgets, particularly smart phones. 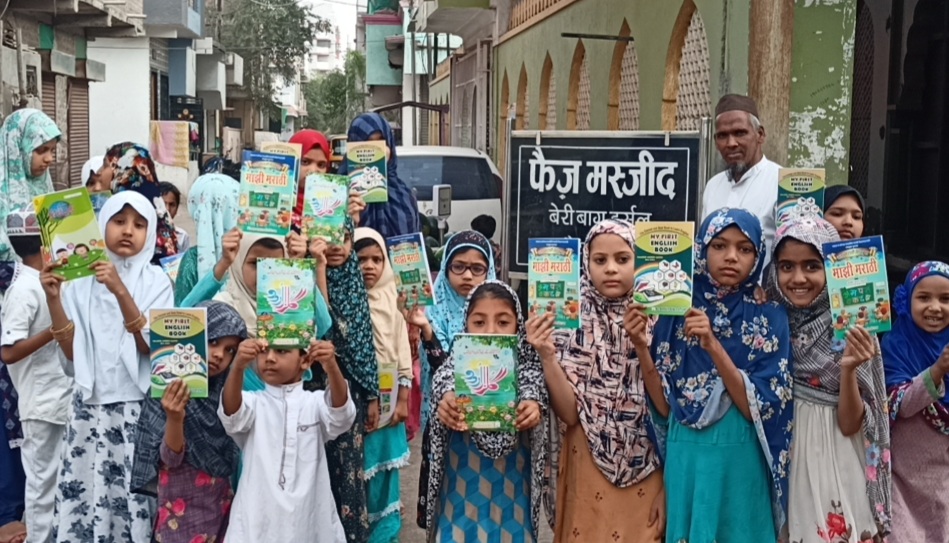 It should be noted that for the past year in Aurangabad, 28 libraries have been working under the aegis of the Read & Lead Foundation in various sections of the city, slum mosques, Urdu schools, and neighbourhoods. More than 5,000 children are connected to these libraries.

Maulana Sheikh Yusuf Nadvi, Imam of Masjid Faiz, where the Maulana Syed Abul Hassan Ali Nadvi Mohalla Library is located, stated that he would do everything in his power to ensure that the library benefits the children and women of the area as much as possible. After Friday prayers, he also declared the start of the door-to-door book drive.

Sheikh Nargis Fatima, Headmistress of Al-Huda Urdu High School, stated that her school’s students and instructors would be more active in the campaign and would offer all available assistance. Farhat Jahan, a school teacher, and other teachers took part in the presentation and offered their opinions..