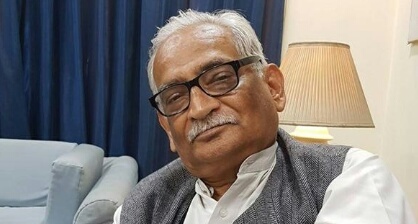 New Delhi, Sep 12 (IANS) Sunni Waqf Board’s counsel and senior advocate Rajeev Dhavan on Thursday told the Supreme Court that he and even his clerk are getting threats for representing the Muslim parties in the Ayodhya land dispute case.

As soon the hearing began, Dhavan told the court that a week ago, he received a threatening message on Facebook warning that “they will see him outside the court”.

Moreover a minister has also said that they “own” the disputed site and the Supreme Court.

Some people also messaged him asking which side he was on and whether he is against the deity (Ram), Dhavan said adding that these things did not create a good atmosphere and that he is under pressure.

Chief Justice Ranjan Gogoi strongly condemned the threat and said that this things should not happen.

“This should not be happening in the country. We deprecate such statements. Both sides are free to put their arguments before court without any fear,” Chief Justice Gogoi said.

The court asked Dhavan whether he wants security and protection.

Dhavan said that he did not need security and protection as the court assurance is enough for him.

He said he had been non-partisan when it comes to arguing a case, which he did while arguing Kashi and Kamakshya cases in past.

He also told the court his clerk also faces threats from other clerks and said: “Let me make it absolutely clear that I don’t argue against Hindu faith.”