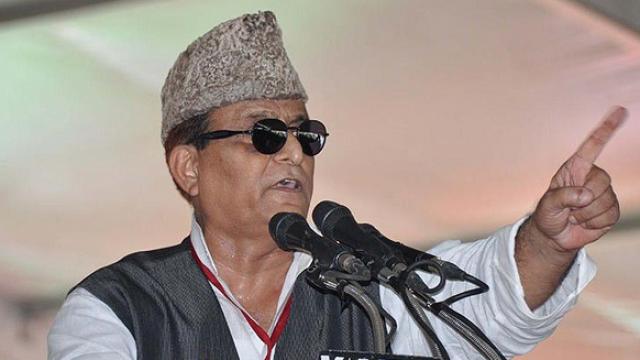 Lucknow: Samajwadi Party MP Azam Khan will embark on a cycle yatra from his constituency Rampur to the state capital Lucknow, to highlight the “atrocities” being committed on SP workers by the Yogi Adityanath-led BJP government.

The cycle rally will be led by Azam Khan and his son and SP MLA Abdullah Azam, along with their supporters. The rally will be received in Lucknow by the Samajwadi Party (SP) National President Akhilesh Yadav.

The date for the yatra will be announced later. The Rampur MP held a meeting with SP leaders before announcing the protest on Monday.

“Today, the atrocities, inflation and corruption are at an all-time high and we will be protesting nationwide to highlight these issues. The protest will be led by Akhilesh Yadav on the national level and our protest will begin from Rampur itself. People who are being unnecessarily targeted by the district administration will be honoured on a national platform,” Azam Khan said at the meeting.

The announcement comes after the district administration banned his media in-charge Fasahat Ali Khan from entering the city for six months.

Azam Khan, in the past five months, was booked in more than 88 cases, including land grabbing, book theft, goat theft, buffalo theft, statue theft, power theft and even dacoity. His wife Tanzeen Fatima recently won an assembly by-election from Rampur.