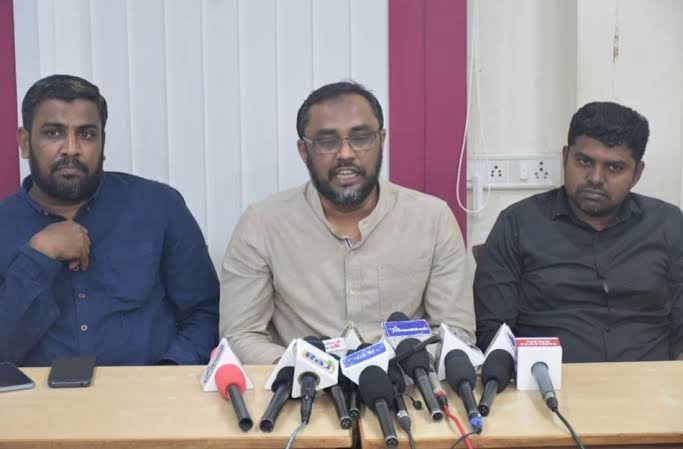 CHENNAI : The president of now banned Popular Front of India’s (PFI) Tamil Nadu unit, Mohammed Shaik Ansari, said in a statement on Wednesday that the organisation would legally fight the ban.

The statement came after the Ministry of Home Affairs (MHA) on Wednesday morning banned the PFI and its associates for five years under the Unlawful Activities (Prevention) Act.

The statement issued by Ansari read, “It has been pronounced that the Popular Front of India has been banned in India. This illegal and undemocratic ban will be challenged by us.”

He also said that the organisation would stop all the activities that it has been carrying out in Tamil Nadu.

In a related development, the leader of Dalit political outfit, Viduthalai Chiruthaigal Katchi (VCK), Thol Thirumavalavan, also issued a statement opposing the ban on PFI, saying that the ‘RSS, the ideological arm of BJP, should also be banned’.

Meanwhile, a few women activists and supporters of SDPI and PFI staged a protest at Ukkadam in Coimbatore.

It may be noted that 11 PFI leaders were arrested from Tamil Nadu during the nationwide raids on September 22 by the National Investigation Agency (NIA), including PFI national executive member A.M. Ismail, Cuddalore district secretary Fayaz Ahamad, and Dindigul area secretary Yassar Arafat, among others. — IANS