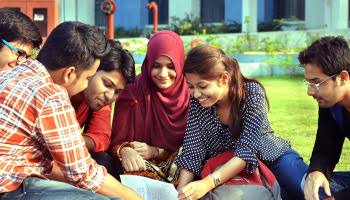 KOLKATA:  Pritam Roy, son of a marginal farmer at Khandaghosh block in West Bengal’s East Burdwan district is presently doing his MBBS from Burdwan Medical College. With a family earning of Rs 8,000 per month, Pritam’s dream of becoming a doctor would have never been successful without the Student’s Credit Card (SSC) scheme launched by Chief Minister Mamata Banerjee. Pritam was sanctioned an interest-free loan of Rs 2.5 lakhs that helped him to buy his books and a laptop.

Similar is the case of Mizanur Rahman Mallik, a resident of Katwa block in East Burdwan district. The son of a marginal farmer and with a family income of only Rs 5,000, Mizanur’s dream to study engineering at the prestigious Jadavpur University would have never been successful but thanks to the SSC scheme that has helped this poor student to pursue on with his dream to become a computer scientist.

Pritam and Mizanur are not the only isolated cases but there are thousands of students who are getting the benefit of the state government’s interest-free loan to the students to carry on with their academic pursuits.

The scheme that was announced after Trinamool Congress came to power for the third time in May this year is helping students all over the state to fulfil their academic ambitions.

It is designed to support the students to pursue secondary, higher secondary, madrasah, undergraduate and postgraduate studies including professional degree and other equivalent courses in any School, Madrasah, College, University and other affiliated institutes within and outside India.

According to data from the state finance department, in the last six months after the announcement of the scheme in June this year, more than one lakh students have applied of which 1,748 of them have received their loans. The state government has sanctioned Rs 54.39 crore so far for this purpose.

“The amount will be much higher than this. The scheme is new and the students are yet to apply in proper manner. We have uploaded a manual so that the students can apply properly. The state government has allocated more than Rs 2000 crore for the scheme and so the genuine applicants will not be deprived of getting the loan,” a senior official of the finance department said.

In the run-up to the Assembly elections earlier this year, the Trinamool Congress promised in its manifesto to provide special loans to students.

Only 1 per cent interest concession will be provided to borrower if the interest is fully serviced during the study period. The upper age limit for the interested students has been kept as 40 years at the time of applying for loan.

The repayment period shall be 15 years for any loan availed under this scheme. — IANS