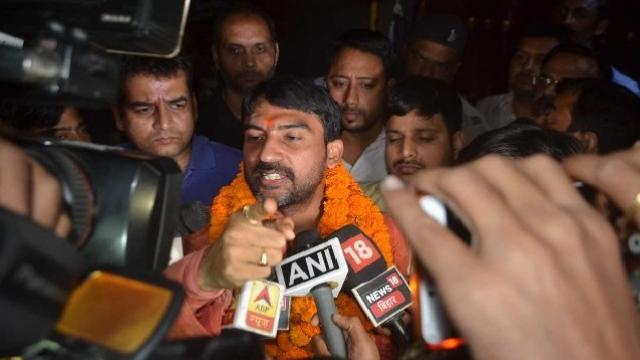 PATNA: Nearly two hours after Union Minister Ashwini Choubey’s son Arijit Shashwat surrendered before the police in connection with the Bhagalpur violence case, the latter claimed that Shashwat was arrested.

“We had got information of his whereabouts and began our surveillance. Bhagalpur police were also here with an arrest warrant for Arijit (Shashwat). We arrested him near a police station here outside Hanuman Mandir. As per routine procedures, we will now begin interrogating him,” Additional Superintendent of Police (SP) Rakesh Dubey told reporters here.

On Saturday night, Shashwat surrendered before the police in connection with the Bhagalpur violence case after his anticipatory bail plea was rejected earlier in the day by a Bhagalpur Court.

However, Shashwat said he would approach higher courts and alleged that the FIR against him was “totally fake”.

Echoing a similar stance, Shashwat’s wife Vijeta Roy dismissed the occurrence of any pressure from the government in the matter and reiterated that her husband’s innocence would be proved.

An FIR was filed after communal violence broke out on March 17 during a procession led by Shashwat in Nathnagar that the Bharatiya Navvarsh Jagran Samiti organised to mark the Hindu New Year.

However, Ashwini Choubey and other local Bharatiya Janata Party (BJP) leaders later claimed that the district administration had allowed the rally, and denied shouting provocative slogans.