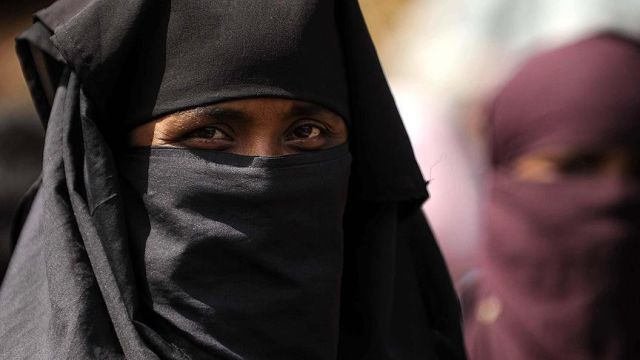 Bhopal:  Bhopal-based Qazi Syed Mushtaq Ali Nadwi on Friday appealed all Muslim women to wear ‘burqa’ and ‘hijab’ regularly. The appeal was made during a traditional Friday’s ‘namaz’ (islamic prayer) at a mosque in Bhopal, saying that Muslim women have been showing reluctance in wearing burqa and hijab in the city while it should have been a regular practice.

He advised that following maliq’s (Allah) direction is in the favour of women and therefore wearing burqa and hijab should be a regular habit of Muslim women.

Meanwhile, Qazi Syed Mushtaq Ali Nadwi has directed clerics in Bhopal to make a similar appeal from mosques during prayers.

“It has observed that many Muslim women are not wearing burqa and hijab in Bhopal, which prompted me to make an appeal in this regard before Friday’s namaz. There is no need to create a controversy on wearing hijab. In every religion, people are free to wear dresses at their own choice and therefore, I do not find any room for debate on wearing hijab,” Nadwi said.

Nadwi added that people of every religion should be free to wear clothes of their own choice and there is no need to debate or make laws for banning burqa or hijab. Meanwhile, he also appealed people of Muslim community in Bhopal to maintain peace and brotherhood.

He said Muslims are well aware of rules and regulation for wearing burqa and hijab, however, there should be announcement from mosques time to time to remind the people.

It came amid controversy on wearing hijab erupted at a college in Karnataka where students protested over their right to wear a hijab during classes, while the members of a state-based right-wing group opposed it.

The controversy over wearing hijab has already begun in the BJP-ruled Madhya Pradesh after state Education Minister, Inder Singh Parmar on Tuesday said hijab will not be allowed in schools across the state.

code,” Parmar has said, adding that the Madhya Pradesh government is preparing to bring a law on dress code in educational institutions.– IANS